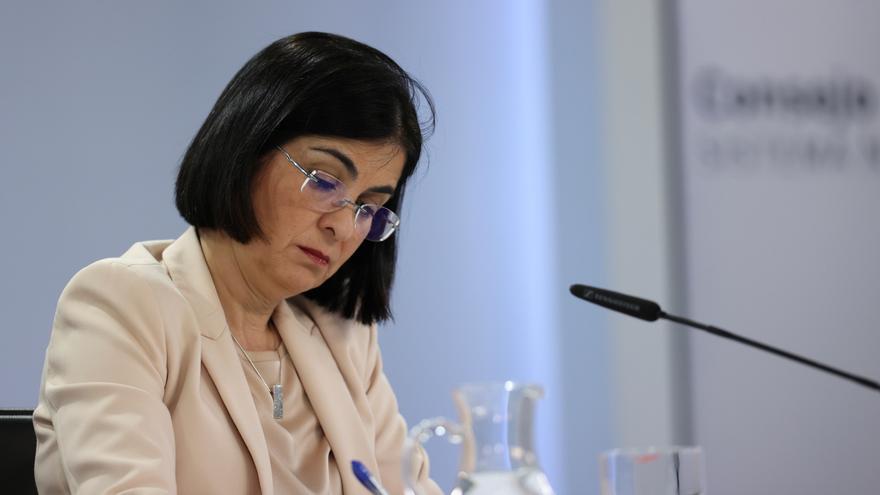 The Ministry of Health and the technicians of the Autonomous Communities have updated the vaccination strategy against COVID-19, the fourth version since it was approved in November. The main novelty is that they have decided that, to those under 55 years of age who have already passed COVID-19, only one dose will be administered. It will be once 6 months have passed since the infection was diagnosed, regardless of the severity with which they passed it. It is a decision that countries like France already made a few weeks ago and that is based on several scientific studies, including one from Children’s Mercy Kansas City and another from Mount Sinai Hospital in New York.

The three vaccines approved right now in the European Union, Pfizer, Moderna and AstraZeneca, require according to clinical trials two doses to reach immunization, separated by several weeks. Those over 55 will get both, although if they were infected between one and the other, they will wait until they have recovered. And if a person under 55 was also infected between the two, they will wait 6 months and a second one will be given. Until now, the decision was to postpone the vaccination of people who had passed it for 6 months because reinfection in such a short period of time is very rare, but not to reduce the schedule. Health does not recommend performing serological tests before inoculation, the patient must have a diagnosis.

The plan also incorporates more details than what was announced last week: the AstraZeneca vaccines, once the vaccination of the groups that Health has considered essential (police, firefighters, military, teachers), will go for people between 45 and 55 years of age (born between 1966 and 1976 inclusive), since its use is not authorized for the elderly due to the lack of clinical results. Also that, those of Pfizer and Moderna will go for those over 80, then for those of 70, 60, and then for those under 60 with risk conditions. The strategy does incorporate people between 56 and 59 years old, born between 1962 and 1965, after those with pathologies, with Pfizer and Moderna. This age group was not considered in the order so far.

The document is still pending to specify which are the serious pathologies that are considered risky and therefore their patients will be prioritized in the group under 60. “The high-risk conditions to be vaccinated will be described later,” he reads. The technicians are discussing this issue, which affects almost 8 million people, and they should decide imminently, but they have not just finalized it. “The document recalls that the main risk factor for hospitalization and death from COVID-19 is age over 60 years and that it increases as age is older,” they say. As experts familiar with the plan have explained to this newspaper, the aspect of pathologies is more complex than the previous ones on ages, since it requires calculations on population quantities and also to assess profiles, for example the degrees of decompensation of each disease in each patient. But there is some consensus that serious respiratory diseases, severe heart disease, and diabetes are included.

“The definition of these groups has been carried out in anticipation of a greater availability of vaccine doses in the second quarter of the year,” they add from Health. We currently have 4.5 million doses in Spain between the three companies, to reach the first vaccination goal, to have all people over 80 protected in April, it takes almost twice as much. The forecast is that Pfizer will send 2.7 million in March and Moderna 1.04, those of AstraZeneca are yet to be confirmed. This morning 195,000 doses of Moderna arrived in Spain, the shipment that last week was reduced and delayed.