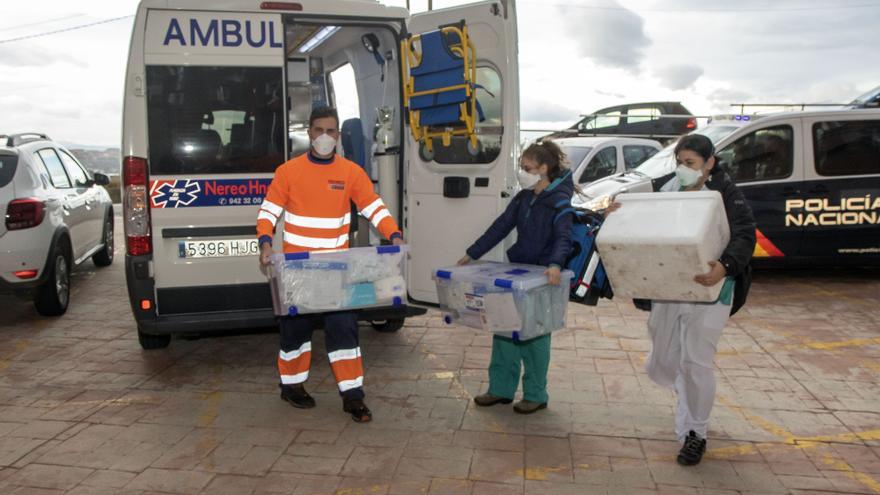 The Minister of Health has specified that those over 80 years of age will be the next to be vaccinated against COVID-19, after phase 1 that includes health workers, users and residential personnel, and large dependents – with whom it has not yet begun -. Phase 2 is scheduled from March to June. The other groups, of the 15 to which Health has divided the population, will be specified in the coming days. Currently, the first phase is being carried out, it began on December 27 and is expected to continue throughout February, with the Pfizer / BioNTech vaccine and to a lesser extent with that of Moderna. The rest of the groups remain, until reaching the general population that the Ministry intends to reach, to reach at least 75% of the population and achieve group immunity against COVID-19. These will be vaccinated from June, with order still undefined.

The vaccination plan that is being updated today, and which is under constant review, was prepared by technicians from the Ministry, the communities, and external experts, such as the National Vaccination Association and the Association of Nursing and Vaccines.

The specialists who participate in the operation agree that the one we have carried out so far, phase 1, is the ‘easy’ part, and the complex will come from phase 2. Primary Care and appointments in the centers will come into play of health. Until now, nursing teams have moved to residences and hospitals, or were already there. In addition, this second phase covers a larger population: from January to March there have been 2.5 million people.

Dr. Javier Álvarez, member of the Vaccine Advisory Committee of the Spanish Pediatric Association, explained to this newspaper that the order is “logical” and follows “rational criteria” with two axes: the vulnerable population, and the exposed population. The following groups, experts lean, will be the others over 60 and 70, essential personnel, and people with pathologies, although Health has yet to confirm this.

The objective is that, even though group immunity takes until summer to be achieved, in spring the effects of having vaccinated the population most at risk of ending up in an ICU, or of infecting it, are already noticeable. “With group immunity, we will be able to completely lower the incidence, but other indicators can lower first. We all trust that and we see light at the end of the tunnel with Israel, which having vaccinated a large part of its population, even if it is not all You can see how income is falling, “says the doctor.

It is also logical that older people are prioritized, those of 80 over those of 70. “As age increases, the severity of the processes increases,” he recalls. Whether the target of 70% vaccination is reached depends on two things: the supply, and the capacity of the health system. Vaccination started slowly in Spain but “surely by March we will have already taken filming, let us also trust that.”