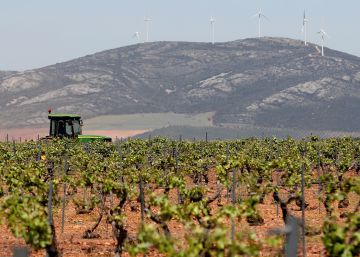 The US taxes on Spanish food products, especially to oil, wine and cheese, will cause an increase in stocks and price falls, as predicted by the affected sectors.

The most affected will be the oil sector, which exports about 120,000 tons to the US every year, half packaged and half in bulk, worth about 400 million euros. Olive oil has already jumped from the segment gourmet to large stores and a price increase of 25% will mean a collapse in sales of Spanish oil for the benefit of other countries and other cheap oils.

As a first outing, the export of bulk oil is shuffled, which has no tariff, but is paid cheaper. The downside is that it would have to be packed there and that activity in Spain would be reduced. It is not possible to leave the packaged oil via other countries without a tariff, since the origin of the product is taxed. The possibility of label fraud opens up.

Antonio Luque, head of the Dcoop cooperative, estimates that the volume that will be affected by the US decision, with the consequent repercussions on prices and employment, is estimated at more than 200,000 tons of oil – among what goes to the US and other countries. Luque regrets that while the governments of other countries such as Italy and Greece made direct efforts before the US Administration, everything in Spain was left in the hands of the community authorities.

In wine, the tariff affects the packaged product with a volume of up to two liters and with a minimum grade of 14 degrees. For José Manuel Pérez Ovejas, export director of the Hermanos Pérez Pascuas winery, a sharp rise in prices will leave Spanish wines off the hook against French or Italian, better positioned. Spain places 0.7 million hectoliters per year in the US, at an average of 4.14 euros per liter, that is, medium / high-end wines, between total export of more than 20 million hectoliters. The tariff would affect the most important wineries, compared to competitors in the southern hemisphere. And the wine of appellation of origin cannot be exported in bulk.

As for cheese, the US is the first destination for Spanish exports, with more than 87 million euros. With the rise in tariffs, the sector will not be able to compete with third countries. In addition, the risk arises that other large producers, such as Germany, France, Holland, Belgium or Denmark, whose cheeses are also taxed, place their surpluses in the Spanish market at balance prices, something that has happened before, affecting the production.

The pork and derived products sector that, together, exported to the US worth about 52 million euros, the impact of tariffs is considered low given the volume of the market.

In the juice and fruit sector there is no concern for tariffs except for phytosanitary barriers who are currently suffering from abusive controls that already make it difficult to enter that market.