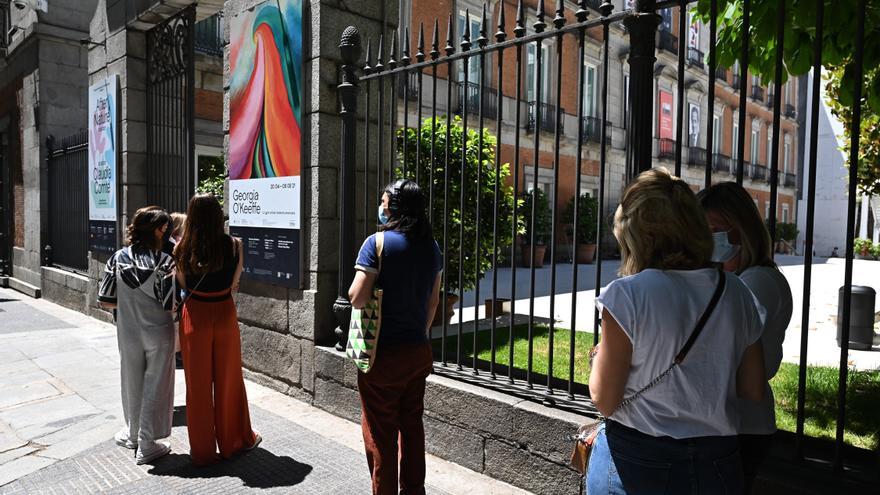 Between 2015 and 2019, have cultural works or assets been acquired? Have the funds been reviewed with a gender perspective? Have specific plans or programs on gender equality been designed? And do you have an assigned budget? Is the generic masculine used in broadcast documents? Are there occupations that are always carried out by men and women?

These are some of the more than 60 questions that a free digital tool contains for museums and cultural institutions to diagnose their gender gap. The idea, novel inside and outside of Spain, came from the group Mujeres de las Artes Visuales (MAV), which wanted to launch a simple and useful instrument for the gender perspective to reach the art world. 28 museums have already participated and the Ministry of Culture has sent a letter to the institutions of its competence to recommend its use.

“It has been a very long research process, of almost three years, done by a multidisciplinary team to investigate what theories were going to support this tool”, explains Beatriz Mérida, cultural manager and coordinator of the project. Finally, they chose eight indicators from which they developed the questionnaire. “There are three fundamental criteria: redistribution, recognition and representation,” says Mérida. In other words, the tool seeks to detect gaps in the museum’s activity – collections, exhibitions, authorship, tours – but also in its staff and its management.

The part dedicated to redistribution analyzes socioeconomic inequality, salary, parity and the conditions of the workforce. “It is probably what is most complicated,” says Beatriz Mérida, who accompanies the museums and institutions that dare to make the diagnosis during the process. The block on recognition assesses the gap in the presence of artists and in the treatment of their works.

Finally, the questions about representation seek to detect and change “the hegemonic gaze” that has predominated so that “the patriarchal vision, which is what has always permeated our way of thinking and cultural policies, is not taken for granted.” This implies questioning, for example, the way in which museums have been articulated, their discourses and stories.

From there the team drew up 61 questions: “It is a deep questionnaire that cannot be done in one day, there are museums that have been with it for a month, others have taken three weeks … It depends on their size, but there are We have to collect information from many departments. We tell them that there is no rush, it is a self-diagnosis, it has to serve them. What MAV does is make this tool available to them so that they have the opportunity to reflect. Many already have that commitment to gender equality but there are many questions that have not even been raised, such as who makes the decisions or even if there are baby changing tables in the men’s bathroom. ” Once the questionnaire is completed, each institution receives a report with its diagnosis.

The pilot phase began in October and 28 museums and art centers have already participated. There are them of different size, discipline and location. For example, the Reina Sofía National Art Museum, the València Museum of Fine Arts, the Museum of Human Evolution, the Xarxa de Museus d’Història i Monuments de Catalunya, the Rock Art Interpretation Center of the Rock of the Moros del Cogul, or the National Museum of Roman Art.

For its part, Mujeres de las Artes Visuales is receiving your reactions and suggestions to continue improving the tool. “For example, some small museums tell you that they have almost no staff to implement some measures or those who have closed collections cannot make new acquisitions to advance parity, but they can do other things. Each conversation with a museum opens up a particular world to you. So far, all have stressed that the process has provoked them a reflection, “adds Mérida. His intention, he concludes, is to keep this project alive and to create in the medium term a network of friendly museums that is involved in the constant revision of the tool.