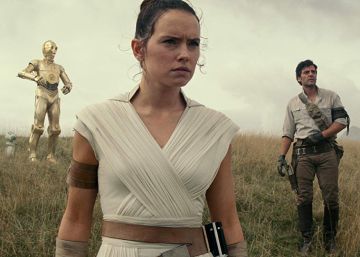 The grand finale has arrived. There will be more, and they have announced from Disney, stories related to Star Wars but the main saga of George Lucas, the one that started with the one originally titled Star Wars, and that over time it has been renamed as A new hope, and that hit theaters on May 25, 1977, the series that develops the history of the Skywalker family almost in soap opera format … that ends. December 19 arrives at the halls Star Wars: the rise of Skywalker, The ninth and final film of the saga. Directed by J. J. Abrams, as the seventh, when it came to replace the previously announced Colin Trevorrow, and with the entire cast (Daisy Ridley, Adam Driver, Oscar Isaac, John Boyega, Lupita Nyong'o, Domhnall Gleeson), with the original stars like Mark Hamill, Carrie Fisher (who in spite of passing away in 2016 will appear in the film), Ian McDiarmid, Anthony Daniels – who when giving life to C-3PO is the only one actor who has worked on the nine deliveries – and the return of Billy Dee Williams as Lando Calrissian. The rise of Skywalker promises to answer many questions and provide surprises. One of those surprises appears in the video that premieres today exclusively EL PAÍS.