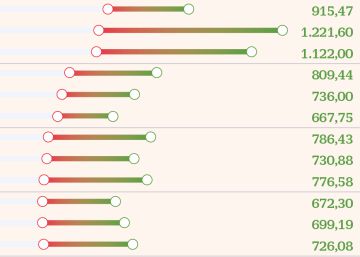 The Ministry of Inclusion, Social Security and Migration plans to approve next Friday, in an extraordinary Council of Ministers, the rule that will regulate the new Minimum Life Income (IMV), a new Social Security benefit designed to provide income to one million vulnerable families, in which three million people live, without income or with very low incomes that will be able to start collecting it immediately.

It is a new minimum income common to all of Spain that will vary depending on the composition and income of each family. As Minister José Luis Escrivá announced, it will cost around 3,000 million euros per year. The amount that each family will receive could start at about 460 euros, it would increase for each child and if there are more adults without income living in the same family unit.

The new benefit will begin benefiting 100,000 vulnerable families who will not even have to apply for aid. They are families that already meet the requirements to access the existing network of regional minimum insertion incomes (RMI): the aid intended ultimately to prevent poverty for those who have exhausted all resources.

The collaboration of the autonomous communities in the creation of this state income seems decisive. Escrivá confirmed that its design will be “compatible and complement” regional social aid, a decentralized model that garners criticism from all fronts. Families, social workers, associations and even the UN insist that aid does not provide coverage to all the people who need it, it imposes a race of bureaucratic obstacles to access it, perverse management to suspend it on any pretext and that It takes months to reactivate it, or it establishes draconian administrative obstacles to maintain it, and charge less than 500 euros on average per month.

The IMV aims to homogenize a benefits system that shows a significant inequality between territories. Households in the Basque Country or Navarra, regions with the lowest social exclusion rates in Spain, according to data from the National Statistics Institute (INE), receive aid of 644 euros. At the other extreme are the families of the poorest regions, according to the INE are Extremadura and Andalusia. The aid they receive in these communities is up to 200 euros less than their northern neighbors. And yet, the amount is not the real problem, but the waiting times that the coronavirus has lengthened.

“Before entering the pandemic the situation was complicated, and now it is catastrophic.” The president of the Andalusian Barrios Ignorados Association, Lola Contreras, draws attention to the collapse of the City Councils, which take a long time to respond. “The RMI takes about nine months to reach the families and, although there are measures to speed up the process, the aid is not coming,” he explains. The coronavirus has highlighted the lack of resources to respond to the wave of demands.

“Many ask us, ‘How many eat from my hunger?'” They are words of Andalusian social workers who guide applicants through the process. Professionals insist that the coronavirus has changed priorities. “There is more concern about speed at the moment than the amount,” they explain and add that the inefficiency of the system causes despair for families who turn to NGOs to receive a faster response. There are no 2020 data, but the trend of recent years indicates that Andalusia is the region that lost the most recipients between 2017 and 2018: more than 11,000 people stopped receiving it.

The Basque Country’s model is aspirational. From other communities and the Minister Escrivá himself praise the management that achieved that in 2018 the RMI received it 72,341 people at risk of exclusion compared to the 17,883 who received aid in Andalusia. Or the 33,000 from the Community of Madrid.

The epicenter region of the pandemic is one of those with one of the lowest amounts (just 400 euros per month, below what the IMV could pay) and where requests for social aid have tripled in recent years. two months, according to Cáritas. Official data indicates that RMI requests fell 65% in March compared to the previous month and 35% in April. “The problem occurred when adding the previous task with a closure of the social services and the lack of reaction from the Community of Madrid,” explains Hontanares Arranz, social worker and spokesperson for the Madrid association RMI Tu Derecho.

In general, there is expectation about the IMV. It is expected that its management will be faster than the current minimum incomes and that the autonomies can complement it if they consider it too low.

The Government of the Balearic Islands has dramatically increased its guaranteed social income during the months of the coronavirus alarm. Since it entered into force on April 1, it has simplified the procedures and 15,098 families, some 30,000 people, have received it. A figure that almost doubles that of the months without a pandemic, when the RMI reached some 8,000 families a month. In addition, together with the Government of the Canary Islands, they have created a system so that people without papers can access the benefit.