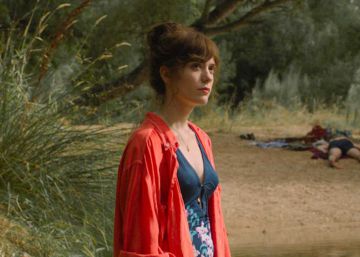 Eva is 33 years old, she wanted to be an actress and now she discovers that her life is not going the way she had planned. Neither in the labor nor in the sentimental. Neither with friends nor with herself. So he decides to stay in Madrid, in a borrowed house that is not his usual one, during the summer vacations, when the most popular festivities of the capital are celebrated, those of the festivals of San Lorenzo, San Cayetano and the Virgin of the Dove. She sees it as an "act of faith", an opportunity to change her life path.

Jonás Trueba (The reconquista, The romantic exiles) premieres on August 15 The virgin of August, who filmed just a year ago in Madrid and whose script has co-written with the leading actress, Itsaso Arana. With undoubted aromas to the French cinema that the director is passionate about, The virgin of August Last week he won a special mention from the jury and the Fipresci prize from international critics at the Karlovy Vary festival, and here we have his trailer.