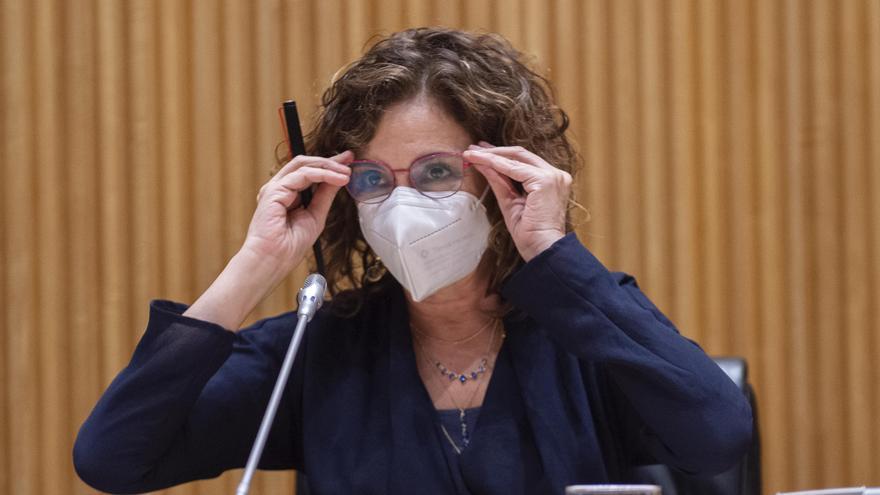 After several months stranded in Congress, the Government has managed to carry out the law against tax fraud. This rule is one of the important pillars of the recovery plan that the Executive has sent to Brussels, within the sections that correspond to the Ministry of Finance. This rule seeks to reduce the escape routes from the system that reduce the tax collection of the State and affect a multitude of vehicles such as Socimis or Sicav or limit payments that are made in cash, among other reforms that it brings with it. The text has been approved this Tuesday in the Finance committee, after six months of parliamentary processing, and will go to the Senate.

There are many changes that the new regulation incorporates, ranging from the most common to complicated corporate decisions. In the first section, the new limits that are imposed on payment in cash could be framed. In the case that they are operations between entrepreneurs, it will be reduced from 2,500 to 1,000 euros to avoid “fraudulent behavior”, as the Ministry has explained on different occasions. It remains at 2,500 between individuals, but in turn reduces from 15,000 to 10,000 euros in the case of individuals with tax domicile outside of Spain. With this, the aim is to restrict these operations, which, being in cash, are more difficult to trace and can therefore facilitate fraud.

The new rule expressly prohibits tax amnesties in Spain. “It is thus prevented that there are unjustified tax benefits that imply the bankruptcy of the duty to contribute to the support of the State’s expenses,” explained the Ministry when it presented the rule last October. “From now on, citizens know that the State will not surrender or seek shortcuts in its fight against tax fraud,” said the minister.

There are also changes in the famous list of tax debtors. Until now it only included those who accumulated a debt with the State of more than one million euros. From now on the limit is reduced to 600,000 euros and those jointly responsible for this debt will be incorporated. The changes even go as far as the definition of the concept of tax haven, which is now called non-cooperative jurisdictions. The concept is expanded, as the Executive explained at the time, taking into account criteria of fiscal equity and transparency. The list of paradises will include, for example, those territories that facilitate the existence of offshore companies to attract profits without real economic activity, or those where there is opacity or where there is little or no taxation. The Government may update the list and it must be periodically reviewed.

The new law brings news for two controversial corporate figures in recent years: the socimi and the sicav. The former, dedicated to real estate investments in rental assets, will see how the profits that are not distributed among their shareholders are taxed at 15%. The latter will have more restrictions than at present. The new law will establish minimum investment requirements of 2,500 euros, or 12,500 euros in the case of a sicav by compartments, to account for them within the minimum of one hundred participants necessary to pay 1% in Corporation Tax. Of course, if any of these companies is dissolved for not complying with the requirements, a transitional period of six months is allowed exempt from taxes, such as the Tobin tax.

The measures approved in this new law even reach the world of cinema. For the deductions in the Corporation Tax for cinematographic producers, a series of certificates will be required and the incorporation in the credits of the specific places is requested, as well as the authorization of use of the title of the work and of the graphic and audiovisual material on the filming for promotion in Spain and abroad for cultural and tourist purposes.

With regard to the cadastre, the approved amendments modify the regulation of the Inheritance and Donation Tax in view of the assessment that the General Directorate of the Cadastre must carry out when the Tax Agency requests its participation in the face of taxpayer allegations or claims. Specifically, it is intended that in its reports the ratified or corrected reference value is motivated by the resolution that brings cause, as well as its average value modules, reduction factors and the rest of the elements.

The changes in the law also cover the new requirements for surprise inspections. Entry to the taxpayers’ domicile “must be duly justified and justify the purpose, necessity and proportionality of said entry.” Both the request and the granting of judicial authorization, the amendment continues, may be carried out before the formal start of the corresponding procedure “provided that the entry agreement contains the identification of the taxpayer, the concepts and periods that will be subject to verification and are contributed to the judicial body “.

The new law also establishes the prohibition of so-called dual-use software, which consists of computer programs that allow the manipulation of accounting. The objective is not to allow neither the production nor the possession of computer programs and systems that allow the manipulation of accounting and management data. It requires that the computer or electronic systems that support accounting or business management processes comply with certain requirements that guarantee the integrity, conservation, traceability and inalterability of the records of operations.

Cryptocurrencies are also included in the modification of the law to combat tax fraud. The obligation to report on holding and operating with virtual currencies, both located in Spain and abroad, is incorporated if it affects Spanish taxpayers. In this way, information on the balances and holders of the coins in custody will be required. In addition, the obligation to provide information on the operations of acquisition, transmission, exchange, transfer, collections and payments, with cryptocurrencies is established.

Outside of these points, the law includes the transposition of European regulations against tax avoidance, known as ATAD. With it, rules are established against these practices that directly affect the internal market, in addition to incorporating several of the matters dealt with by the OECD in its plan to avoid the erosion of the tax base and the transfer of profits. In this law approved this Tuesday, the areas of the directive concerning International Fiscal Transparency (TFI) and the exit tax or “Exit Tax” are incorporated into Spanish legislation. On the one hand, to reinforce the taxation in Spain of income that had been located in low-tax territories, and thus avoid their relocation. On the other hand, it seeks to ensure that companies that move to another country do not stop paying tax on tax bases that must legally be taxed in Spain. Thus, the “Exit Tax” seeks to ensure that, when a company transfers its assets or its tax residence outside the State, said State taxes the economic value of any capital gains created in its territory, even when the capital gains in question have not yet been issued. made at the time of the asset transfer. In this way, the capital gains generated when a company transfers its tax residence abroad are taxed in Spain.