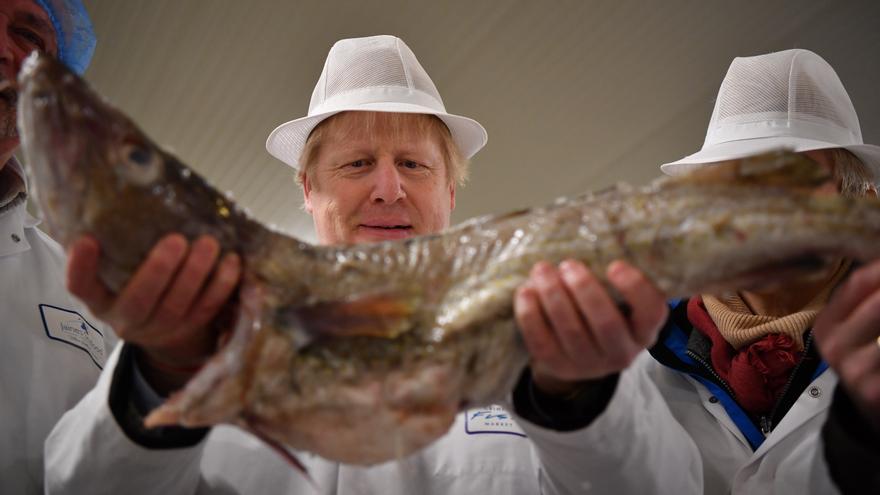 “This is like when you want your children to eat the vegetables,” explains a European diplomat: “You have to mix it with bananas, with fruits, you have to invent how. But you have to get them to eat them. In other words, you have to look for other ways to get to Rome “. This is how community sources in Brussels explain the state of negotiations for the relationship with the United Kingdom after Brexit, fundamentally blocked by three issues: fishing, the method to resolve conflicts and fair play –Level playing field–, which fundamentally has to do with the fact that there is no State aid or labor, social or environmental benefits in the United Kingdom that do not exist in the EU.

This Thursday and Friday there is a summit of EU leaders in Brussels. A European Council designed to ratify the future relationship agreement with the United Kingdom as of January 1, 2021, after it left the EU on January 31, 2020 and has devoted all this year to negotiations that have made little progress. And this Wednesday night the British Prime Minister, Boris Johnson; the President of the European Commission, Ursula von der Leyen; and the President of the European Council, Charles Michel.

“The leaders have discussed the most recent state of negotiations on our future relationship with the EU, before the October European Council,” British government sources have explained: “The prime minister has indicated the convenience of an agreement, but has expressed your disappointment that no further progress has been made in the last two weeks. The prime minister has said that he looked forward to hearing the outcome of the European Council and would reflect before outlining the UK’s next steps in light of his statement on 7 September. [en la que fijaba el 15 de octubre como fecha límite para un acuerdo]”.

“We have discussed Brexit with Boris Johnson on the eve of the European Council, and we have again pushed for progress at the negotiating table,” Michel tweeted. The president of the European Commission, Ursula von der Leyen, said: “We have taken stock of negotiations with the United Kingdom. The EU is working on an agreement, but not at any price. The conditions must be adequate in terms of fishing, equality conditions and governance. There is still a lot of work ahead. ”

“The time has come for the United Kingdom to show its cards,” challenged the President of the European Council in recent days. And it is that in Brussels the tiredness and boredom of an issue that has been occupying a lot of energy and money since the Brexit referendum, in June 2016, grows. And, now, in the middle of a pandemic.

“The British Government came up with a program, and we are here to fulfill it,” say Downing Street sources to defend their position, even at the risk of wanting to rewrite the EU’s exit agreement itself, as is the case with the Internal Market law, for the one that Brussels has initiated legal proceedings against London for violating the agreements signed as the British Government itself recognized in parliament.

British sources transmit pessimism in the hope of reaching an agreement that, if it is not by the end of October or the beginning of November, makes its parliamentary process very difficult before the end of the year and can enter into force on January 1 .

And that’s where plan B comes in. In Brussels there is always more than one plan. And plan B is to try to close a minimum agreement to take effect on January 1, which can then be improved and enriched. “But that would be over time,” they recognize in Brussels, “we are very, very tired of this. Now we have to reach an agreement because Europe, with the pandemic, the health and economic crisis, cannot afford added uncertainty. But if the agreement needs to be improved, time will have to be allowed to resume negotiations. ”

“It is a matter of national policy in the United Kingdom,” explains another diplomatic source, “and thus it becomes very difficult to negotiate. I no longer dare to foresee what could happen, because the easiest thing is to be wrong.”

The main issues of disagreement have remained the same for months. Despite the talks in recent days between British Prime Minister Boris Johnson, with European leaders such as German Chancellor Angela Merkel or French President Emmanuel Macron.

Apart from the Northern Ireland protocol, which the British Government wants to skip after having signed it for fear that the two Irish women share customs and internal market while the island of Great Britain remains outside, there is the weight, the governance and he level playing field.

“There are still differences,” British sources acknowledge, “and fishing is the most important. We need to clarify the substance and not having a common text to work on has made progress in the negotiations doubly difficult. The Prime Minister’s statement On September 7 she was very clear about the importance of October 15. She will have to make a decision about the next steps after the European Council. ” The British, in effect, complain that the EU bases the negotiations on texts already approved, such as the withdrawal agreement or the political declaration without introducing new legal documents.

“I always say it,” insists a diplomatic source, “but one remembers the anecdotes from when I was young. An old diplomat always said that fishing without a market to sell it is nothing more than a sport.” In other words, the UK’s refusal to allow Spanish, French or Dutch vessels to fish in its seas has the consequence that British fishermen will not be able to sell their cod in the European Union. “Fishing is very complex, it affects several countries and not all in the same way,” a diplomatic source abounds, “and the 27 are also united in this. We know that the quotas cannot be the same before as after Brexit, but you have to reach an agreement. ”

“We have to find a solution that is sustainable,” say sources from the Spanish Government: “Fishing is a matter of sharing a very traditional fishing environment, very important, for some more than for others in social terms. But in terms of fishing It is important. We also have many cross interests. Both what we fish and what we receive from exports from the UK to our domestic fish market. Fishing is a very special world where fishing is as important as buying fish “.

Regarding the issue of governance: “It is about avoiding the Swiss model”, says a diplomatic source in relation to the trade agreement with the Swiss Confederation: “A model that has proven very complicated to manage by the European Commission and by the States, in which having 25 different tables to address the relationship all it does is complicate the relationship and turn marketing into a kind of permanent policy. That can’t be. ”

“What has not been healthy is that Anglo-British debate that sovereignty consists not in negotiating an agreement,” says a community source, “but in the other saying the same as you. That is a misunderstanding of what sovereignty is. When a government tells you at a negotiation table that it has made Brexit to be sovereign and immediately afterwards it tells you that since it is sovereign what you have to do is what it tells you, then it seems to me that there is a misunderstanding about what it consists of. the soberand”.