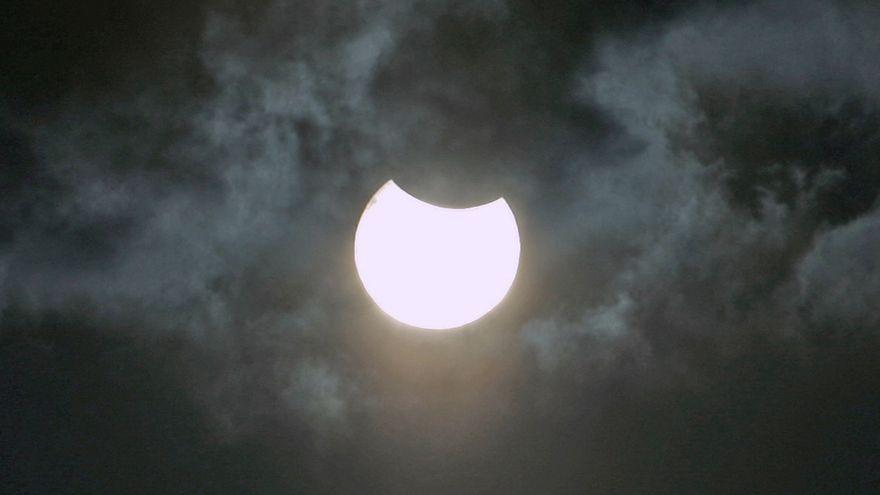 This Thursday, June 10, an annular eclipse of the sun will take place, fully visible in northwestern Canada, northern Greenland, part of the Arctic Ocean and northwestern Russia. In Spain it will be partial and will hide, at most, 20% of the diameter of the Sun in the northwest, 10% in the center and around 2% in the southeast of the peninsula, in the Canary Islands and in the Balearic Islands, where it will be almost imperceptible.

In Madrid, the event will begin at 11:01 am and will reach its maximum 42 minutes later. At that time, at 11:43 a.m., 12% of the solar diameter will be blocked by the Moon. It will end at 12:29 pm, so it will last approximately 88 minutes, according to the National Astronomical Observatory (OAN).

To follow the eclipse, you should never look at the sun directly, because although the solar brightness decreases during the phenomenon, the energy that it radiates is still harmful to the retina. To observe it, it is advisable to use special glasses for eclipses or telescopes or binoculars with suitable filters. Normal sunglasses, X-rays or veiled films should be avoided.

Another option is to follow the live broadcasts of local planetariums such as Madrid or Pamplona, ​​or watch it from the dissemination channel sky-live.tv, which will broadcast the eclipse from the Teide Observatory.

An eclipse happens when one astronomical object hides another. From Earth, we can see eclipses of the Sun and Moon. In the first case, the Moon hides the solar disk and in the second, the Moon intervenes in the shadow that the Earth casts in space. The phenomenon that will take place this Thursday is a solar eclipse, a local phenomenon that affects a narrow band that normally covers a few dozen kilometers; Outside that area the eclipse looks partial because the Moon only covers part of the Sun.

"If at the time of the eclipse the Moon is somewhat further from the Earth, its disk looks smaller than that of the Sun and does not cover it completely: we are then talking about an annular eclipse, because the Sun looks like a bright ring. That is what will happen this Thursday ", explains to EFE the astronomer of the OAN, Miguel Querejeta.

There will not be a total eclipse in Spain until 2026

"The observation of the sky has always fascinated human beings, from the first civilizations to the present day, and of all astronomical phenomena, eclipses have always been preferred for their ease of observing them with the naked eye and because they are very spectacular, especially the total eclipses of the Sun ", comments Querejeta.

In addition, many ancient civilizations considered them signs of bad omen: "It is said that the total solar eclipse that occurred on May 28, 585 BC ended a long and bloody battle between Medes and Lydios, by interpreting both parts that the gods they were censoring their behavior, "says the NAO astronomer.

Today, interest in these phenomena remains intact. In fact, they mobilize thousands of fans who travel the world after them: "Without a doubt, in August 2026 and 2027 many international visitors will come to Spain to observe the total eclipses of the Sun. It is a beautiful game of cosmic shadows that makes us participate of the movement of the Earth and the Moon around the Sun ", he concludes.