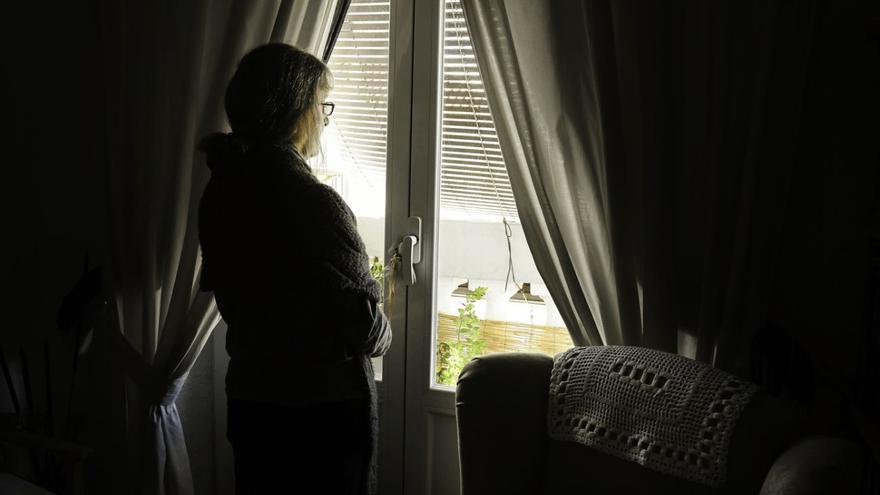 World Health Organization (who) stated in 2017 that “the chronic pain is a disease; and its treatment, a human right. “According to the Spanish Society of Pain (THIRST), in our country one out of every six citizens suffers from it. Its economic impact on GDP is around 2.5% and represents the most common cause of disability in Europe.

This recurring malaise has not improved with the pandemic. Research carried out in the population suffering from chronic non-cancer pain (NOC) has shown that confinement and limitations to achieve control of COVID-19 have affected this population.

Thus a study published in March at British Journal of Health Psychology analyzed the contribution of vital changes due to coronavirus to emotional grief in individuals diagnosed with chronic pain.

“Activity and physical exercise – very important in these patients – were limited because of the restrictions. And the lack of access to direct and face-to-face care caused a therapeutic limitation,” Alicia E. López Martínez, researcher at the University of Malaga and one of the authors. “For this reason, the treatment has rested fundamentally on the intake of drugs.”

“People with chronic pain see their quality of life greatly reduced due to the disease they suffer, and to this the psychological consequences of the pandemic have been added: anxiety, sadness, worry, loneliness … The combination of these aspects has induced a greater psychological affectation in these patients and a more negative perception of their state of health “, he adds.

As pointed out by the International Association for the Study of Pain (IASP), it is an emotional experience and not merely a physical one, so its perception is subjective and differential. And psychological variables play an important role in explaining those differences.

For Jordi Miró, Professor of Health Psychology at the Rovira i Virgili University (URV), “confinement has placed an added emotional burden on people who suffer from chronic pain. Staying busy and in a positive mood helps these patients on a day-to-day basis, facilitates adaptation and a more positive management of problems.”

In 2020, the institution developed a healthy habits guide to prevent a flare-up of symptoms during the confinement phase.

Worsening in these months

Other investigation published last November studies the relationship between confinement and chronic pain. “The pandemic in general, and confinement in particular, has had harmful effects on the population that have probably been more damaging in vulnerable people, such as those with chronic pain,” says Rubén Nieto, author and researcher at the Open University of Catalonia (UOC).

The experts analyzed the consequences of not being able to go out for people who suffer some kind of pain on a regular basis, and came to the conclusion that factors that can occur during this type of confinement can influence the ailment.

“The results show a worsening of pain. Situations experienced such as job insecurity, concern for the future, coexistence, closeness to a deceased person or possible COVID-19 infection are factors related to said decline,” says Nieto.

“The essential thing is to know how pain interferes with the patient’s functionality. And the data show that higher levels of stress, anxiety and depression, together with the loss of social support due to confinement, are clearly associated with a higher level of interference from discomfort in their daily life, “López Martínez points out.

The ‘distraction’ of the pandemic

A study published earlier this year by specialists from the University of Santiago de Compostela (USC) follows the same line. “In Spain, as in other countries, the so-called ‘distraction effect’ has been suffered. This is the ability of COVID-19 to overshadow other health problems, with very negative consequences for everyone but especially for those who suffer from diseases Chronicles “, summarizes Mª Teresa Carrillo de la Peña, from the Brain and Pain Group of the USC.

The pandemic situation has caused delays in procedures, treatments and prescribed interventions for patients with chronic pain. “It is estimated that the percentage of consultations canceled during the worst phase of the pandemic was between 29% and 100%, with more than 75% cancellations in approximately half of the autonomous communities. In addition, the measures adopted have significantly reduced the follow-up and control of patients, “says the expert.

“On the one hand, the health measures adopted have limited access to consultations and reduced care for patients with chronic diseases. On the other, the measures of confinement and social isolation have contributed to the worsening of their physical and emotional condition. “, he clarifies.

Carrillo de la Peña warns that “said aggravation has not only affected pain, but also other symptoms such as fatigue and sleep problems. Research indicates that there has been an increase in the consumption of medication and greater inactivity time. increased anxiety and depression problems. ”

Optimize your quality of life

One of the big problems is that people with chronic pain do not always receive adequate care. According to Rubén Nieto, “a comprehensive approach is needed and, although the scientific literature shows it unequivocally, it does not happen routinely. Thus, it is recommended that they have greater access to empirically endorsed non-pharmacological treatments, such as aerobic physical exercise programs, Cognitive-behavioral psychological therapy, education about the disease itself, etc. “.

“This crisis has highlighted the need to adopt a biopsychosocial approach to improve the quality of life of patients. It is not only necessary to attend to pain, but to take into account the associated emotional impact,” says Carrillo. de la Peña.

“The great challenge is to improve telemedicine services, identify which patients can receive care on-line and develop triage protocols to identify those who need face-to-face visits. It is necessary to explore the potential of the platforms already available to implement new care, such as the daily monitoring of patients, rehabilitation or psychological intervention “, he adds.

Experts agree on the solution: a coordinated response by health authorities, scientific societies, researchers and patient associations to improve the care of people with chronic pain and that it is not impaired under any circumstances, nor is it a pandemic.

The importance of pain management

Last September the Interterritorial Council of the National Health System approved the Plan to optimize the use of opioid analgesics at the DCNO. Its objective is to optimize the prescription and avoid possible situations of inappropriate use of these drugs, as occurs in countries such as the United States and Canada, where their use has become a public health problem.

“Unfortunately, we have not been aware that this plan is going to consider the psychological perspective, which is absolutely essential in this area,” reveals Alicia López Martínez.

An Asturian golfer, caught in South Africa by the omicron: “This is chaos”

An Asturian golfer, caught in South Africa by the omicron: “This is chaos”