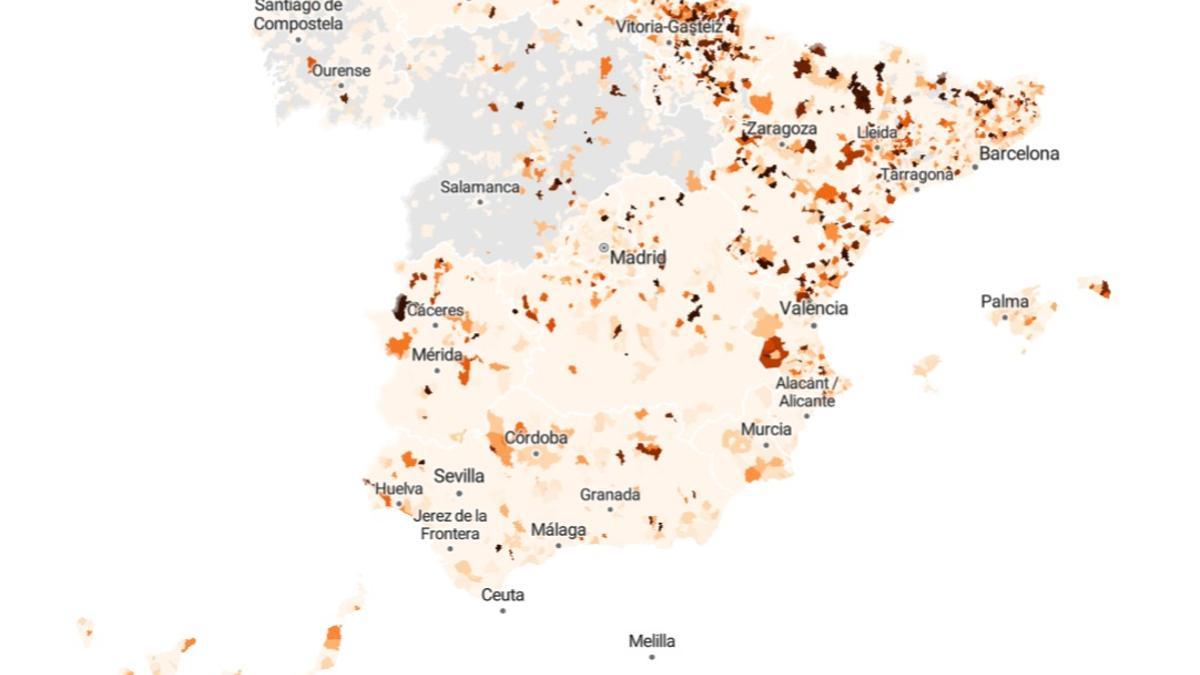 * Information updated with the latest data available as of November 16.

At a global level, confirmed cases of COVID-19 are decreasing 📉 in 231 municipalities where 9% of the Spanish population lives, they are increasing 📈 in 750 localities where 66% of the population lives and they are in the plateau phase (the remain more or less the same as two weeks ago) in 46, where 4% live. The rest are very small municipalities where very few cases are registered – less than 5 every two weeks – or for which there is no information available – which represent 22% of the Spanish population.

The Balearic Islands initially refused to share their data, although in the end they published it. Extremadura, under the same criteria, initially only published 8 most populated municipalities in the region. Now it publishes the figures even by local entities, villages and districts. Castilla y León is only publishing its figures for municipalities with more than 1,000 inhabitants and La Rioja is not publishing now the figures for localities with fewer residents. They are not the only cases, practically half of the regions refused to publish their figures, arguing that they wanted to avoid the stigmatization of specific municipalities. Today, they all publish their data on COVID-19 cases by municipality.