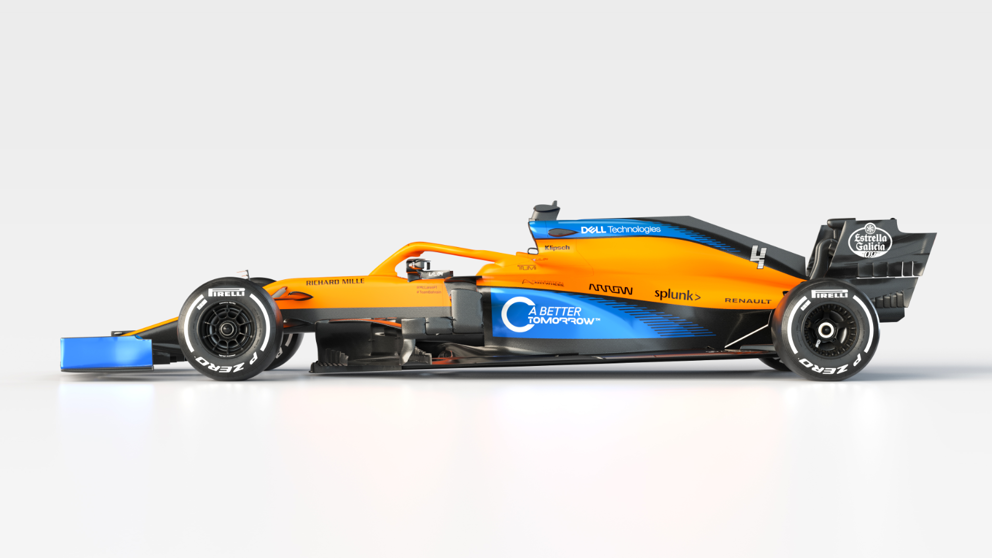 The team Formula 1 McLaren presented on Thursday at Woking his new car, the MCL35, With which Carlos Sainz Y Lando Norris They will run this year in the F-1 World Cup. For McLaren, the new car should allow them to continue with the “restoration” they experienced last year after several dire seasons.

“It looks good; it looks more compact and finer than the previous MCL34; I have a feeling that things are going to be much better, ”predicts Carlos Sainz

“I have the sensation that things are going to be much better, ”said the Madrid rider, 25, who achieved his first podium on the F-1 in the last GP of Brazil, the first McLaren drawer since 2014. “It was a good end of the year because we could also have all the team members on the podium, which demonstrates the good spirit in the team”, He explained the Spanish.

About him new racing car, which keeps last year’s colors, papaya orange and blue in matt tones, Carlos Sainz He commented that “it looks good” and that it seems “more compact and finer” than the MCL34. “There is a lot of work we have put behind this,” he said. The racing car will ride the propeller for the last year Renault, before returning in 2021 to Mercedes.

With the novelties introduced to adapt to this year’s regulations, McLaren intends getting closer at three teams
toes, Mercedes, Ferrari Y Net
Bull. In 2019 the English achieved the fourth position of Constructors, with Carlos Sainz in the sixth place of pilots and Lando Norris in the 11th.

This ambition floated in the environment at Woking, as expressed by the McLaren F1 main team, Andreas Seidl: “We have not stopped improving in each race last year, but now the counters have been set to zero. We can be optimistic, but we must remain realistic. ”

We cannot afford to stand in 2020 if we want to reduce the gap with those in front; the ambition is to push to take another step forward ”


For its part, Carlos Sainz 2020 is taken not as a year of transition pending the new technical regulations of 2021, but as an opportunity to keep growing: “Many may think that 2020 is only a sabbatical year between old and new regulations. However, in McLaren we have pressed the reset button after seeing the checkered flag in Abu Dhabi and we have worked very hard to try to improve every detail of our car, ”said Madrid. “We cannot afford to stand in 2020 if we want to reduce the gap with those in front. The ambition is to push the team to give another step forward this season. I am looking forward to the Barcelona tests and to continue with the positive run that we started last year, ”says the Spaniard, who will begin his 6th season in the F-1.

The world F1 of 2020 will start in Australia on March, 15th. Before, as is mandatory, the preseason start with the usual tests in the Circuit of Barcelona-Catalunya with six days of testing (two less than last year), of February 19-21 and of 26 to 28.