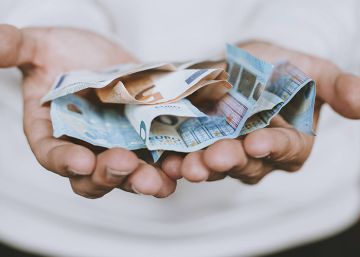 Gone are the times of the boom paid bank accounts. Obtaining a good return for keeping the money in a bank observing certain limitations on its use by the client is the memory of a time before the crisis that began to weigh down the world economy at the end of 2008, which the European Central Bank (ECB) reacted through an expansionary monetary policy of very low interest rates that lasts today. Now, to lure customers to a product that typically has little if not zero profitability, banks have to figure it out. Bankinter’s latest initiative in this regard, by improving the conditions of access to its payroll account, one of the few remunerated products left on the market, is just one example of this.

At the beginning of this century, there was still a clear distinction between a checking account to manage movements and a remunerated account in which to leave money that was not needed. The latter presented a higher profitability than the former. In exchange for receiving an interest of around 1% (but two decades ago, rates of 2% or 3% were also quite common), the client agreed not to direct bills to that account or not have a card associated with it, even enjoying the possibility of withdrawing the money at any time.

“This product practically has already disappeared from the market”Says the financial expert Antonio Gallardo. To the aforementioned policy of zero interest rates of the ECB, Gallardo adds to the reasons that explain this phenomenon the aversion to risk of the average Spanish user. In his words, “saving in Spain is very conservativeMany prefer to keep their money in accounts that do not offer any profitability than to bet at least part of what they have on more risky products ”.

Be that as it may, by not being able to offer anything in exchange for the limitations imposed on remunerated accounts, the attraction of clients by banks is focusing on payroll accounts. “In recent years the offer of products without commissions that cover the most basic needs of customers, such as transfers or debit cards, in exchange for regularly entering money, “says Gallardo. It is mainly about the payroll, but also the pension or the income and the quota of the self-employed worker.

“With the payroll account, the claim has to be different, and this is usually giving away cash,” Gallardo highlights. Thus, for example, Liberbank and Abanca offer 150 euros (in the case of Abanca, 300 euros in Madrid) for direct debit payroll of at least 600 euros, with a stay of two years. In the case of Openbank, your savings account offers in the first six months for any amount of money a nominal interest rate of 1% (that is, an APR, equivalent annual rate, of 0.60%), with a maximum remuneration of 5,000 euros. After this period, the online entity of Banco Santander will remunerate with an APR of 0.20% if the client domiciles his salary or pension of at least 600 euros or three monthly or bi-monthly bills. If you don’t, you will receive only 0.05% per annum.

But it is Bankinter that is the protagonist of the latest movement in this area, since it lowered the monthly minimum to enter its payroll account from 1,000 euros to 800 euros, a remunerated product that it launched in 2012 and that already accumulates 11,431 million euros at the close of the first semester of the year, which is 20% more than in the same period of 2019. Likewise, the entity, whose CEO is Dolores Dancausa, maintains remuneration of up to 5% APR the first year and 2% until the second , for a maximum balance of 5,000 euros.

In the other cases, do the paid accounts no longer have a future? Gallardo rather believes that, as soon as the zero-rate policy ends, they will re-emerge. Meanwhile, “it is likely that we will see a separation between normal payroll accounts and other more premium ones, which seems to be Santander’s strategy with Santander One, in which the account without commissions and promotional offers is linked to contracting a savings product ”, he predicts.

Tags: account, Attract, attractive, Bank, banking, client, entity, give away, money, pass, past, product, strategy, to be, to sell