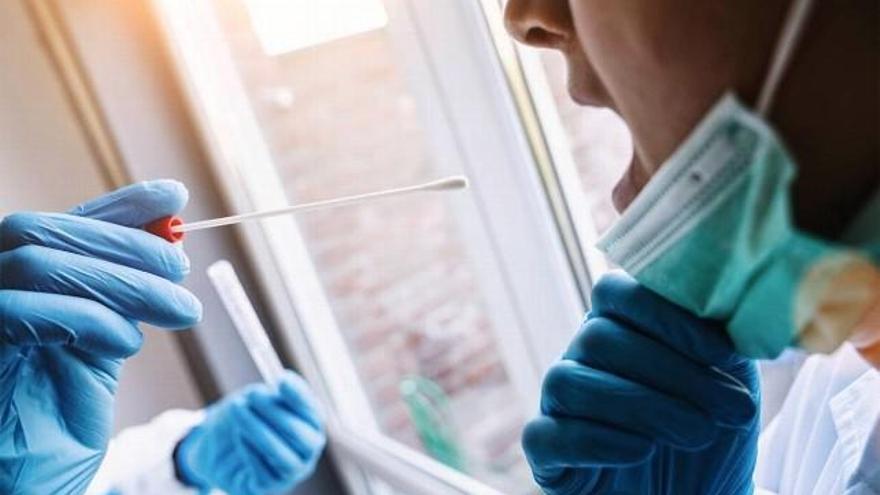 87,346 fewer active cases of coronavirus in just 24 hours. The Islands had 105,816 patients suffering from the condition last Sunday, but on Monday the count was estimated at 18,470. The explanation? A delay in the registration of epidemiological discharges in the polls, derived from the barrage of infections in the sixth wave. “With the increase in cases, this task was intractable. In addition, this activity is not a priority for us in a context of high incidence, since surveillance of outbreaks is ahead and validating both deaths and daily cases", Laura García, a technician from the Directorate General of Public health.

As the health administration itself clarified last Monday, the total number of active clinical pictures is not taken into account when evaluating the level of risk in which each island is because they are already declared cases. In this sense, García stressed that "the number of new cases, the incidences, the percentage of positivity of the tests and the level of occupation both in the plant and in the ICU are analyzed."

However, in order to prevent the same conflict from occurring again, the General Directorate of Public Health has implemented a discharge automation system. "Doctors will be able to continue registering discharges in parallel," details the professional. The latest update reflects that 258,275 medical discharges have already been issued in the region.

In the opinion of Dr. Antonio Sierra, a member of the Scientific Committee that advises the regional Executive in managing the health crisis, the reported delay is not a matter of concern. “It is an isolated event and I do not give it value. I think it is logical that data on incidence, hospitalization and deaths are prioritized because they are still very high.

Along these lines, the professor of Microbiology, Preventive Medicine and Public Health at the University of La Laguna (ULL) recalled that the accumulated incidence, which reached record figures in mid-January, is decreasing, but it is necessary to be "prudent" when time to interpret this reduction. “Even though we are going down, we still have high numbers. To this we must add that the incidence data are lower than the real ones in all countries due to the number of asymptomatic or mild cases that are not reasons for screening and because fewer tests are being carried out, "he noted.

Based on Sierra's words, “there is hope”, but now we will have to closely monitor the BA.2 sub-variant of omicron, of which there are already nine confirmed cases and 141 suspicious samples in the sequencing process. “In some countries it has already become the dominant strain. It is much more contagious than omicron and you have to be attentive to its behavior, ”valued the expert.

Aware that the high vaccination rate has managed to reduce the number of serious cases and deaths, bearing in mind the high count of clinical symptoms that the sixth onslaught of the pathogen has registered, Antonio Sierra was forceful in saying that, "there is still a A long way to go". “We must remain cautious and define very well the possible new vaccination strategies. It is logical that the restrictions are being relaxed in order to get closer to normality, but we are still at a fairly high level in the pandemic scenario, ”determined the member of the Scientific Committee.