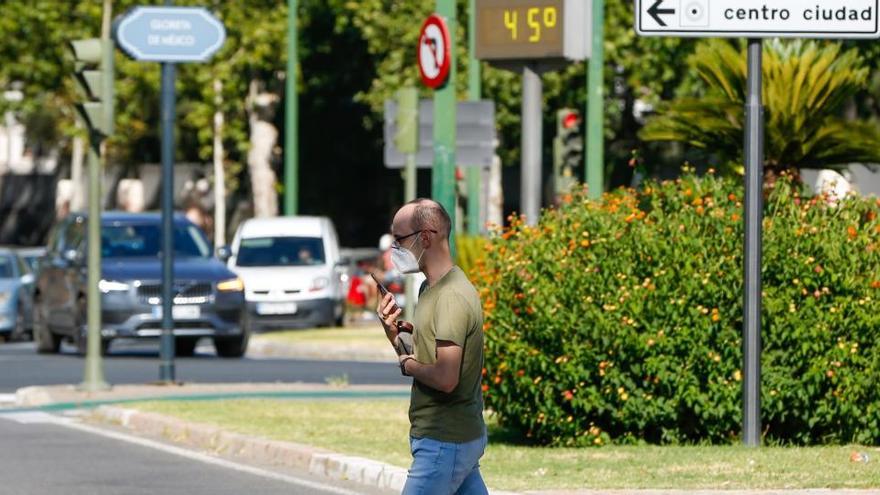 He Autumn, which will begin on Tuesday, September 22 at 3:31 p.m., will most likely be warmer and drier than normal in all of Spain, at least 0.6 degrees Celsius (ºC) on average hotter, after the ninth warmest summer since there are records, according to the State Meteorological Agency (AEMET).

During the seasonal press conference of the AEMET, the spokeswoman Beatriz Hervella has predicted that the signal of the forecast for the months from October to December indicates that there is “a greater probability” that temperatures are in the warm tertile with respect to the 1981-2010 reference period and rainfall in the lower tertile throughout Spain, which translates into being drier and warmer than normal values ​​indicate.

Specifically, you said that, at least it will be an average of 0.6ºC warmer but that this anomaly could reach 1ºC in the Iberian and Central systems, the northwest mountain systems and in the Sierra de Cazorla.

Besides, the season will arrive after a summer of also warm character, which, as specified by the spokesman Rubén del Campo, has had an average temperature of 23.9ºC, that is, 0.9ºC warmer than normal. This anomaly is due to a greater extent to the maximums, where the anomaly reached 1.1ºC, than to the minimums that were also 0.7ºC warmer than the climatological values.

Del Campo has highlighted, in fact, that June was the only month in 2020 that had a normal average temperature and has added that, in fact, the calendar year, from January to August, is tied with 2017, which was the warmest year in the series, since an average temperature of 17.1ºC accumulates, which is 1.4ºC warmer than normal.

“If September ends with more heat than normal, the year 2020 would already be warmer than normal in Spain since there are records and, for now, the first half of September is being warm,” he stressed.

In fact, he has explained that this year is the ninth warmest of this century and also the ninth warmest since the series began, in 1965, which means that the nine warmest years since there are records in Spain have occurred in the current century, and 2020 is also the sixth consecutive summer that ends with character “warm”, confirming “the warming trend”.

Del Campo has added that this trend is not only observed on land, but is also observed in the oceanic environment, since the Mediterranean Sea this summer has reached the fourth warmest surface temperature since 1981, since it has been between 0, 8 and 0.9ºC warmer than normal and has increased in summer by 1.6ºC since the 1980s. “The Mediterranean is clearly heating up,” he insisted. However, in 2020 the surface water of the Atlantic has been slightly below normal.

Regarding heat waves, the spokesperson indicated that in the June-September period two have been registered: the first “very long” from July 25 to August 2 that it left “the warmest days of the season” and several records, such as that of the San Sebastián airport, which on July 30 reached 42.2ºC, the highest temperature since its records began in 1956; or that of August 2 in Melilla, when it did not drop below 31.8ºC, the highest historical minimum in the autonomous city.

The second heat wave occurred between August 6 and 10, which left and in the Canary Islands there was a warm episode, between August 25 and 27. That day, August 27, the minimum temperature at Tenerife airport reached a minimum of 29ºC, the highest in a series that began in 1941.

Therefore, Del Campo has emphasized that their number has “practically doubled” in the last ten years and, in addition, the average number of days a year in which Spain has been under heat wave conditions has also doubled. .

In the last decade the number of days per year was 14, while in the previous three decades the average was 6 days, which according to Hervella supposes that “in the last ten years Spain has endured more than double the days in a heat wave situation“and has also observed a” slight increase “in their intensity.” Currently in Spain there are more heat waves, longer and more intense than in previous decades, “he declared.

Along the same lines, Hervella has highlighted that the number of days in which the universal thermal index, which measures the thermal stress to which the human body is subjected, exceeds in 2020 the average number of days in 2003, when a Historic heat wave that caused 65,000 deaths in Europe, of which 10,000 are attributed to France and 35,000 in Spain. “This year we are having more days with extreme heat stress than in 2003” he insisted.

Regarding rainfall, This summer values ​​around normal were recorded with a wet June, a dry July and a wet August, which give a humid summer as a whole, with an average of 75 liters per square meter.

By areas, the summer was humid or very humid in the north and east of the peninsula, as well as both archipelagos, and dry in general the southwest of the peninsula, a good part of Andalusia and the Canary Islands. However, the precipitations were “irregular” and in many occasions in the form of stormy showers.

On the other hand, an explosive cyclogenesis over the British Isles “unusually deep” for summer, left “abundant rainfall” in Galicia and Asturias mid August.

Along these lines, the hydrological year, which began on October 1, 2019 and will end on September 30, is turning out to be 11 percent more humid than normal and, according to Del Campo, in “almost all” the basins it has rained above normal values, except in those of Guadiana, Gualquivir and Sur, where the accumulated rains are lower than normal values.

Also the calendar year, of January to August, is having a humid character and it coincides in the data with the hydrological year, since it is being 11 percent more rainy than the normal values.

Finally, meteorologists point out that outside of Spain records have also been broken, since this 2020 has the second June, the third July and the fourth warmest August on the planet since 1880 and they highlight that the five warmest August on Earth have occurred in the last five years and the extent of Arctic sea ice was the smallest for the month of July since it began to be monitored in 1979.

Tags: dry, fall, hot, it will be, normal