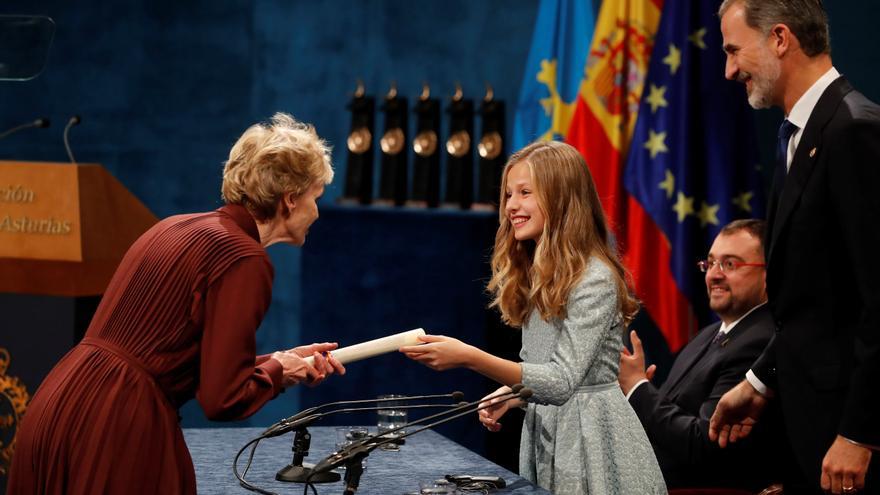 Oviedo, Jun 4 (EFE) .- Thirty-three candidacies from twenty nationalities are competing for the 2021 Princess of Asturias Award for Letters, which will be decided on Wednesday, June 9, electronically.

This award, which is intended to distinguish "the work of cultivating and perfecting literary creation in all its genres" as detailed in the bylaws of the Princess of Asturias Foundation, went to the Canadian poet, essayist and teacher of classical culture last year. Anne Carson.

This will be the fifth to fail of the eight awards that the institution that bears the title of the heir to the Crown annually convenes.

In this XLI edition, the Arts prizes have already been awarded to the Serbian Marina Abramovic, the greatest exponent of "performance"; Communication and Humanities, to the American journalist and writer Gloria Steinem, icon of modern feminism; Social Sciences, to the Indian economist Amartya Sen, known for his work on the theory of social choice, human development and economic well-being, and that of Sports, to the swimmer Teresa Perales, winner of 26 medals in five Paralympic Games.

After that of the Letters, those corresponding to International Cooperation will remain pending, on June 16; Scientific and Technical Research, June 23, and Concordia, June 30.

Each Princess of Asturias Award is endowed with a sculpture by Joan Miró -representative symbol of the award-, an accrediting diploma, a badge and fifty thousand euros.

The delivery ceremony, which last year had to be moved from the Campoamor Theater in Oviedo to the Reconquista Hotel in the Asturian capital to adapt to a smaller format and without an audience due to the pandemic, will be held, as is traditional, in the month October.