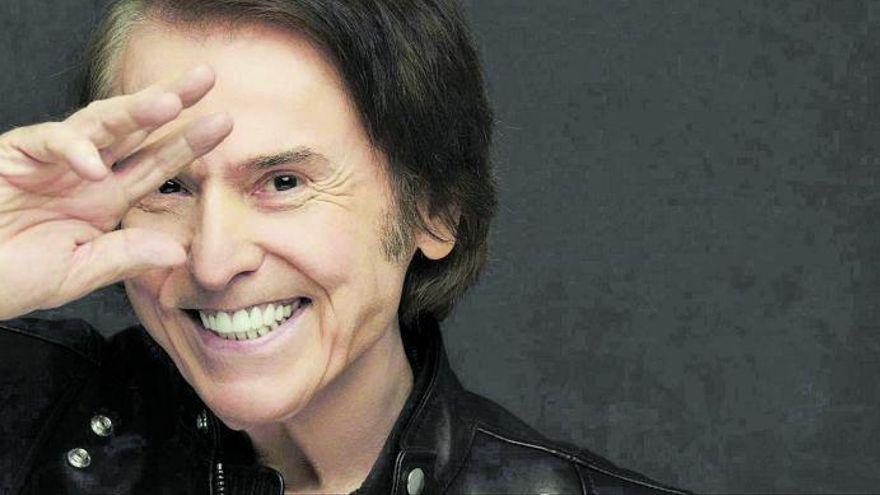 The singer Raphael she continues her successful career and strips naked after sixty years on stage.

This year he has 60 years of career. At what point did you start counting time?

When, in 1961, they gave me the professional license to be able to sing legally. Until then I had to go with my father's permission. I had to examine myself at the Fuencarral Theater in Madrid. Now they don't ask for anything, and I think they should ask for it. I don't know, it just occurred to me, because I'm not against those who don't have a license.

Did you have idols in your early days?

What made you sing?

I have been singing since I was four years old. I was a soloist in the school choir, and at the age of nine, in Salzburg, they gave me the award for the best voice in Europe. I sang because of my brother, who leaked that he had a little brother who sang very well. Then one day I went into a portable theater, at the Teatro Español, and saw Life is a Dream, by Calderón de la Barca, and that's where I wanted to be an actor got into my vein. It's what I would have liked, but at this point I'm not going to complain.

Do you give the impression that you are an artist who has always thought big.

Think small ... for what? I've always thought big, and mind you, that's how things work out. Who was going to tell me that I was going to sing with Piaf? I did not sing with her, because she died, but my performance was announced. It was in the fallas of Valencia [en 1963]. They sent Juliette Gréco to replace her, which is not bad either. So thinking big I went to the Ed Sullivan Show and all these things.

From the beginning, he unleashed philias and phobias with his style.

That it was an exaggerated style.

Well, it is better to be exaggerated than bland. It is a humble opinion.

He has also been considered removed from the more progressive or left-wing public.

That is not true.

Totally. I do not go into these things. I have never entered. I have made my life as I have wanted to do it and with enough honesty. I am a professional in every expression of the word. I have been to all parts of the world and have had wonderful reviews, and people have always supported me. That, who does not want to see it, is blind.

In those 60s, when singer-songwriters appeared, who performed their own songs, did you feel that they could constitute a threat?

With which composer have you got on better?

With Manuel Alejandro. Master, owner and lord. And with José Luis Perales. There are wonderful authors. Serrat… Lately, Pablo López and I have started working. Why not? Has a lot of talent. Let's see what happens. The point is not to stay still.

In 6.0. sings to the late Camilo Sesto. Did you feel that you had to vindicate it?

No, he was already vindicating himself. It is to remember the friend. There is also a song by Antonio Vega. I had the regret of never having sung with him.

His last concerts so far were the two at the Wizink Center, in Madrid, in December, when he gathered 5,000 people a night, which generated criticism. Unfair?

I had the help of those people who are sometimes on the internet. I call them «what is being talked about, that I am opposed». Well, nothing happened there. It was a tremendous success, the best I could do at the time. Even people who do not agree with my way of being said that what I had done was wonderful. Which had been, as always, laying the first stone.

Do you think that, in the last year, live music should have opened up a bit more?

More could have been done, but I also understand that people are afraid. I understand the two positions. What cannot be done is large bottles. But now a lot of people are getting vaccinated and the rate is very high. I got vaccinated in May, the 11th. That's good.