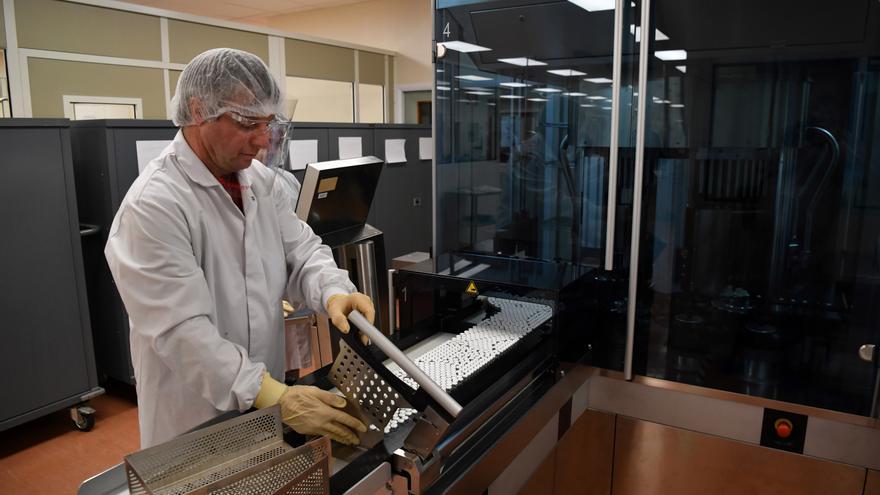 The Government spokeswoman, María Jesús Montero, assured this Tuesday that Spain “has guaranteed access to vaccines” against Covid-19. “They will begin to be supplied in January and will be free,” he said at the press conference after the Council of Ministers was held.

Montero has announced that the Ministry of Finance that she herself directs has authorized a credit extension so that Health can face the purchase of the necessary vaccines. In addition, the Government will adhere to the distribution agreements that the European Commission has signed with the pharmaceutical companies Moderna, CureVac and Janssen, for which it will acquire a total of 53 million doses of vaccines from these companies. They thus join the agreements with Pfizer and AstraZeneca, already subscribed previously for the purchase of 20 million of their vaccines. Spain is committed to the purchase of at least 73.6 million doses of vaccines, since they require two doses per immunization, the number of immunizations corresponds to half the dose. Therefore, a total of 36.8 million residents in Spain, of the 47 million in total, would be vaccinated.

Moderna and Pfizer have made the corresponding authorizations to the European Commission this week for the emergency approval of the commercialization of its vaccines. The European Medicines Agency (EMA) will issue an opinion on the Pfizer / BioNTech vaccine on December 29. Thus, its distribution, which depends on the approval of the Amsterdam-based regulator, will start in the last days of the year and in the first days of 2021. Two weeks after this procedure, the EMA will meet on January 12 for the foreseeable approval of Moderna’s vaccine.

“It cannot be translated into relaxation”

“Every day we are closer to the end of the tunnel, but it cannot be translated into relaxation. We need everyone to comply with the instructions of Health and the Autonomous Communities because what happens in the next few days will be decisive”, said Montero, informs Aitor Riveiro.

In this sense, the Government spokesperson has also announced that this Wednesday the Interterritorial Council will meet, which plans to approve social measures to prevent a rebound in the pandemic during the Christmas holidays. These rules will arrive, according to Montero, with “sufficient anticipation” so that the Spanish can plan.

Thus, in accordance with the provisions of the agreement between Janssen and the Commission, Spain would have 20,875,725 vaccines per population, predictably distributed throughout 2021. Regarding Moderna, as established in the agreement between this company and the European Commission, Spain has 8,348,979 initial doses per population, also distributed throughout 2021. Finally, the European Commission has also agreed with CureVac, on behalf of the participating countries, an agreement with a purchase obligation that involves the acquisition for Europe of 225 million doses of a vaccine for SARS-CoV-2, of which 23,483,184 doses correspond to Spain. To this item must be added the agreement, also approved by the Council of Ministers on November 24, for the purchase of 20,873,941 doses of Pfizer vaccine, so that in total Spain has authorized and agreed to purchase 20,873,941 other vaccines.