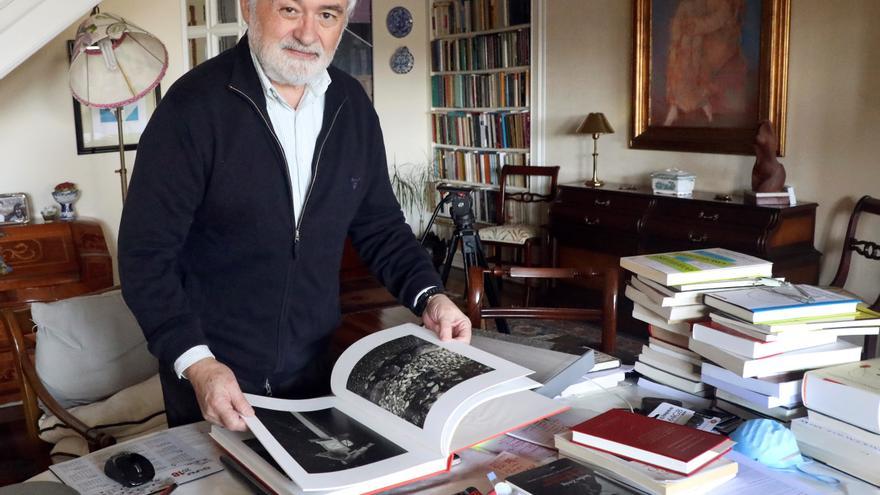 Madrid, Apr 16 (EFE) .- From the writer Emilia Pardo Bazán, who died a hundred years ago, we know that she handled the paradoxes of her life with freedom. It was conservative and libertarian; traditional and feminist; "He was an intellectually powerful figure" between the 19th and 20th centuries.

This is how it is defined by the academic Darío Villanueva, the former director of the RAE, in whose charge - together with the expert from Cordoba, José Manuel González Herrán - the reissue of the first two volumes (the collection is twelve) that make up the complete narrative works of Galician writer, a collection of the Castro Library in Madrid to honor the centenary of her death.

A woman of high birth, the Countess of Pardo Bazán (La Coruña, September 16, 1851 - Madrid, May 12, 1921) did everything: a great writer, journalist, professor, lecturer and pioneer of women's rights; a whole feminist in a world of men of whom –according to Villanueva- "only two were at his height: Benito Pérez Galdós and Leopoldo Alas, Clarín".

His masterpiece, "Los pazos de Ulloa" (1886) is, in the opinion of the academic, "one of the roundest, most relevant novels in Spanish literature", followed by "Mother Nature", good but less valuable.

These two works, extremely well known, appear in the second volume of the two that the Castro Library has reissued together with "Insolación" and "Morriña", two "love stories" that, according to Villanueva and González Herrán, are "works by commission "that they ask the author after her success with" Los pazos de Ulloa "and" Mother Nature ".

If the previous ones are novels of personages - say his scholars -, now both coincide in allude to affections - of the body (the sunstroke) or of the soul (the morriña) - that reflect moral and social conflicts ".

The pairing of these two novels is such that Pardo Bazán would bring them together in one of the volumes of his Complete Works. They are, in any case, stories of two Galician women in Madrid who belong to two completely different social scales.

In the first volume appear what its two introducers call "learning novels": "Pascual López. Autobiography of a medical student", a story typical of an Anglo-Saxon university campus but located in Santiago de Compostela, and "A honeymoon trip" , in which "he contrasts the provincialism of León, from which the protagonist comes, and the cosmopolitanism of the France of Biarritz, the Vichy spa and, finally, Paris."

In the two remaining works of the first volume - "La Tribuna" and "El cisne de Vilamorta" -, the author "begins to erect, naming it, the territory of her literary space", according to critics.

"It is an autonomous territory, in literary terms, but transparently identifiable with the enclaves of Galicia with which it always maintained strong ties."

It seems as if the Coruña wanted to establish a regional bond in the style of Varela in Andalusia; of the canary Galdós in Madrid; of Clarín in Asturias; of Pereda in Santander, or of Blasco Ibáñez in Valencia, as interpreted by both teachers.

"La Tribuna" appears as the transcript of his native La Coruña, which Pardo Bazán calls "Marineda", by way of hypocoristic. And in the novel there appear, of course, two defined social environments: the "upper neighborhood", the Old City, and "the lower neighborhood", the town's Fishmonger.

The last work of the first volume, "El Cisne de Vilamorta", is also marked by the spaces of the Countess. "This will be - say the commentators - the toponym of Carballino, by which his father, Don José Pardo Bazán y Mosquera, had been elected deputy to the Cortes in 1869."

Also for the centenary, Alianza Editorial, which considers Pardo Bazán as "the most prestigious and influential writer on the literary scene" in the 19th and early 20th centuries, presents an author's library including "Los pazos de Ulloa", " Mother Nature "," Some feminism and other combative writings "," The rostrum, "A honeymoon", "A ripper of yesteryear and other stories" and "Sunstroke".

On the occasion of the hundred years since the death, the former director of the RAE wants "Las Torres de Meirás" -which Pardo Bazán ordered to build and were transformed into "Pazo de Meirás" by the Franco family- "not become a second Valley of the Fallen".

Darío Villanueva asks that "state property be used to restore the memory and wishes of Emilia Pardo Bazán, who wanted to be buried in a chapel there, with her father, and that the Towers become a literary home; in a center of reference for writers and artists ".

The academic recalls the famous feminist manifesto of the English writer Virginia Woolf (1882-1941) entitled "A Room of One's Own" and subtitled: "A woman must have money and a room of her own if she wants to write." Doña Emilia had both and wanted other women to have them too.