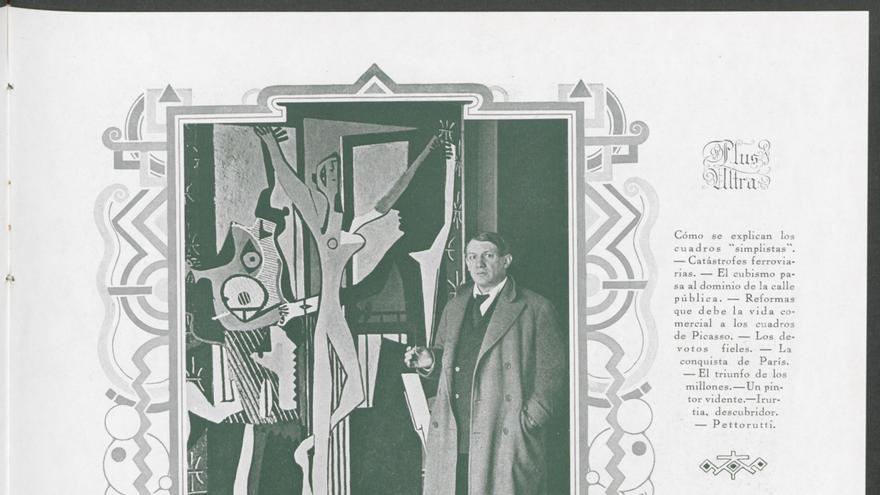 Madrid, Apr 22 (EFE) .- When an extraordinary journalist like the Argentine Juan José Soiza Reilly interviewed Santiago Ramón y Cajal or Pablo Picasso, dialogues were established that protected the voice of these personalities through “true portraits in three dimensions “which are now being published for the first time in Spain.

The book “Custom portraits. Interviews with personalities of Spanish culture (1901-1957)”, edited by the Banco Santander Foundation and presented this Thursday, brings together more than seventy interviews with 57 representatives of Spanish thought and culture that were carried out by various journalists and published in the Argentine press during the first half of the 20th century.

“They are true three-dimensional portraits that meticulously reveal virtues and defects, lights and shadows and present us with their most human face,” explained the author of the anthology, Beatriz Ledesma, during the presentation.

Through its half a thousand pages, not only literary, artistic and scientific characters such as Benavente, Sorolla or Gómez de la Serna parade, but also celebrities such as actresses Margarita Xirgú and María Guerrero or bullfighter Luis Mazzantini.

They are “moving portraits that have the particularity of having passed through the interviewer’s screen” and through a magnifying glass “not always flattering,” Ledesma explained.

The book reveals that Azorín was a defender of women praising Rosalía de Castro, Pardo Bazán, Concepción Arenal or Concha Espina: “Spain cannot be understood without the sensitivity of its women,” he would say.

Or that Baroja confessed that Valle “was a trolero” and that he would not meet Unamuno again because the only time they drank coffee he took the opportunity to read him an entire book.

“For me, passion must be the axis of the spirit. To be passionate is to have the right to live in life. The rest is to digest life without dreaming it,” Miguel de Unamuno, in his French exile, told Soiza Reilly, who published the interview in the publication “Caras y Caretas” in April 1929.

The publications of this Argentine journalist and writer are the most abundant in the compilation. “Interviewing is safeguarding a voice, building a voice but with fidelity. There are interviews with Soiza Reilly in which there are almost no texts of the interviewee, and yet we hear that voice”, explained by the deputy director of Culture of La Nación, Pablo Gianera.

The journalist of humble origins, a celebrity in the 30s, says for example that “Marañón is a wise man. But he conceals it with determination. To hide the harshness of his technicality, he has the grace of an artist.”

But there are also other firms, such as those of Vicente Sánchez Ocaña or José María Salaverría, who made the interview “quality journalism in its purest form,” in the words of former ABC director Bieito Rubido. “The book is a treasure that overcomes the passage of time. Extraordinary journalism to learn from masters of the trade and literature,” said the writer and journalist Juan Cruz.

The Santander Foundation has also published for the first time a series of podcasts, free downloadable on its website and other platforms, in which some of the dialogues and interviews collected are recreated.