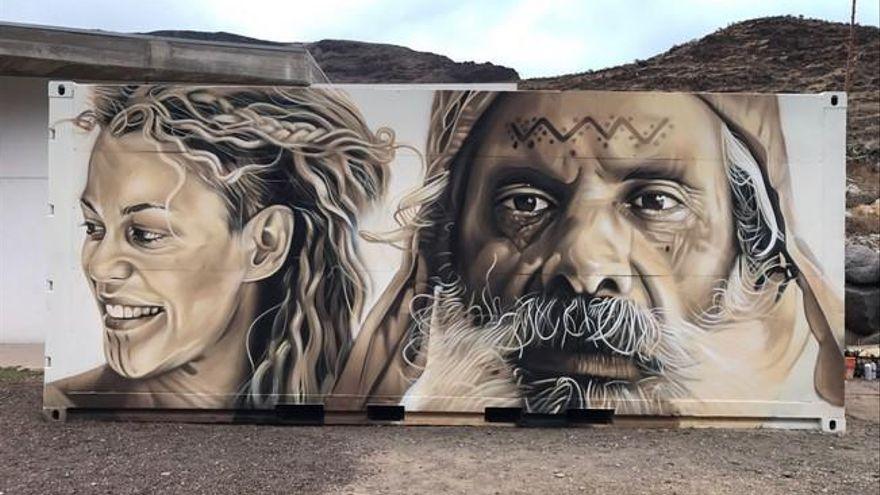 The most vivid account of the warrior's death in combat Dramas and the most earthly explanation about the apparitions of the virgins of Candelaria and del Pino are part of the Conquest of the Canary Islands, written by the historian and doctor from Telde Tomás Marín de Cubas. Now the manuscript that he left unpublished in 1687 is published for the first time.

"From the first generation of Canarian historians, Dr. Marín de Cubas is surely the one who arouses the most sympathy among those who investigate the culture and customs of the ancient Canaries, because it is rare to find an ethnographic study that does not cite it, but it also has a reputation as a cursed author ", affirms the researcher Antonio M. López, who, in collaboration with LeCanarien Ediciones, has recovered the original and previous text of the" Conquest " , which remained unpublished. And it is that Tomás Marín de Cubas is the only member of that "first and illustrious generation" who did not have until now a complete edition of any of his texts, despite having tried six times during the last 150 years.

"The first two projects to print History of the seven Yslas de Canaria, his masterpiece of 1694, ended in failure in the mid-nineteenth century, and the last four editions, which did manage to go out of print in the twentieth century, are not complete. To this day, the complete publication of this work is still pending, "explains Antonio M. López." What we now publish is a 1687 draft of that final work, which Marín de Cubas titled Conquest of the seven Yslas de Canaria. But the fact of being a first version does not make it less interesting; on the contrary, the differences between the two versions are so significant that we can see them as works that complement and enrich each other ", he continues.

In fact, Researchers have come to this draft frequently over the past 40 years "but always in the form of a copy made in 1936 by Don Pedro Hernández Benítez, parish priest of San Juan Bautista de Telde, which presents errors and omissions, despite the fact that there is another more precise copy made that same year by Dr. Miguel Santiago Rodríguez, one of our most detailed historians, "explains Antonio M. López. But in addition, this original work has an important added value since of the final version only a copy made in the 18th century is preserved "we do not know how faithful it is to the disappeared original".

The draft itself is written by the hand "of Marín de Cubas himself, and although it was lost in mysterious circumstances with other of his writings, at least we have a complete set of photographs of him, which is the one we have used for this edition" , points out the researcher, promoter of the Tarha Project, a non-profit initiative dedicated to research and international dissemination of the ancient history of the Canary Islands through the study of documentary sources. "With his errors, which he has like others of his contemporaries, Don Tomás has been accused of being too original or directly inventing some of his information. And this despite the fact that he already cites more than 130 bibliographic references in the draft, Oral and anonymous sources aside, an unprecedented arsenal of scholarship. "

Curiously, "other sources are not judged with such severity when they are equal to or 'worse' than originals, such as Juan de Abreu Galindo, Alonso de Espinosa or Leonardo Torriani", the researcher continues. In fact, Marín de Cubas is the first historian to systematically use and cite both Le Canarien's chronicle and Abreu Galindo's own History. "It is true that Juan Núñez de la Peña knew both sources before him, but the first did not get to incorporate it into his printed production, and he does not mention the second in his writings."

Also thanks to Marín de Cubas we know Canarian words and expressions such as tamaragua or sansofi, We know what Teror's holy pine looked like (he made two drawings of it, the only authentic ones known to date), he studied the traditions linked to the Sima de Jinámar, traced the origin of the first settlers of the archipelago, collected anecdotes from the ancient canaries, gave an explanation to the name of the island of Lobos that has little to do with monk seals and pointed out the existence of chronographic records among the islanders. "Even a famous anecdote pejoratively attributed to Don Benito Pérez Galdós appears in Marín de Cubas' draft."

Such is the influence of a historian, the most restless and surprising of his generation, according to López, who defined himself as "a man eager to inquire about the humanities."