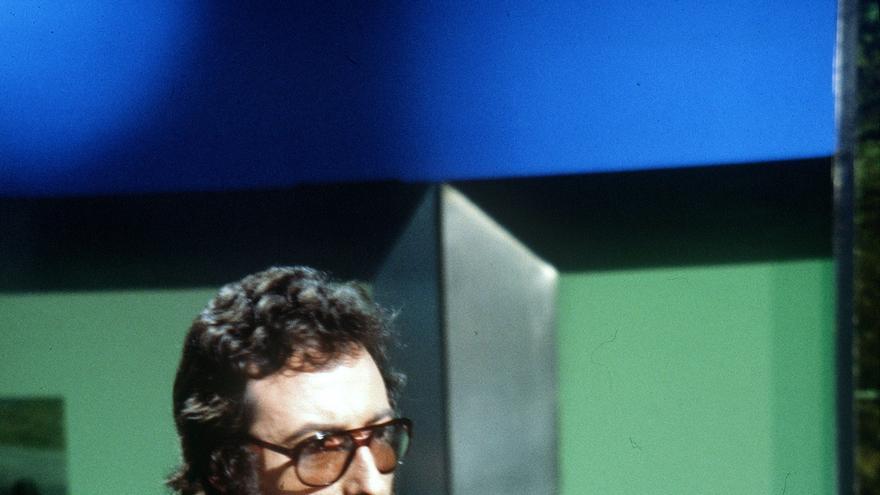 Barcelona, ​​Mar 11 (EFE) .- On a day like today twenty years ago Eugenio died, the Catalan comedian who never smiled and whose nasal and cavernous voice continues to resonate in the memory of many, thanks, among other things, to his imitators, two books, a documentary and several shows promoted after his death by his son.

But if the public continues to remember him, it is “above all, on his own merits”, as his son Gerard Jofra pointed out in an interview with Efe, who considers that his father’s humor is universal and his life interesting enough to make a film.

In fact, the script for this future film has already been done and the contract signed with the production company, as announced by Jofra, which he hopes will be able to start shooting during the year that celebrates two decades of his death.

“Behind that look of Catalan bland that made him famous, there is a very authentic person who deserves to be remembered,” added the humorist’s son.

Gerard Jofra has dedicated his life to his father: “as a child I worked with him and accompanied him on tours and when he died I felt the duty to continue his work”.

With a beard, an unbuttoned black shirt showing the crucifix, dark glasses, a glass in one hand, a cigar in the other and a stool, Toni Climent has managed to revive Eugenio on stage for years, until a dispute over the distribution of the money generated by Climent and Jofra confronted them in court.

Until that sad day, the tandem formed by the son and the impersonator had shown that Eugenio’s way of telling jokes, with that parsimony and those silences so well measured, continues to amuse, even generations that due to age could never see him live .

“Parents, children and grandparents came to our shows, because Eugenio’s humor has crossed generations – his son assures us -. My father just wanted people to have a good time” and he achieved it with a white and surreal humor, which he always avoided political issues.

Eugenio “has been a reference for many comedians,” adds Jofre, who mentions Chiquito de la Calzada or Andreu Buenafuente, “comedians with a lot of personality, but who recognize that they learned a lot from him.”

Jofra himself also considers himself a student of his father and, after the break with his partner, he has decided to go on stage himself and put on a show “different from Eugenio, but with his influence, because after all I am his son and I look like him. ”

But, before closing this long cycle dedicated to his father and starting his own path, Jofra wants to tie the theme of the film well because “we must continue paying tribute to Eugenio and prevent him from falling into oblivion like Mary Santpere or Joan Capri , great comedians that now nobody remembers.

The comic’s son believes that humorists do essential work for society that is undervalued.

“It seems incredible that they have not yet dedicated a street to Eugenio and I have not been able to open the theater-museum in his memory that I raised years ago and for which I did not get enough support,” he laments.

Fortunately, Eugenio’s jokes are alive in the many audio and video recordings that he recorded in life and they continue to travel by word of mouth, always preceded by the famous “Do you know that I said …?”.