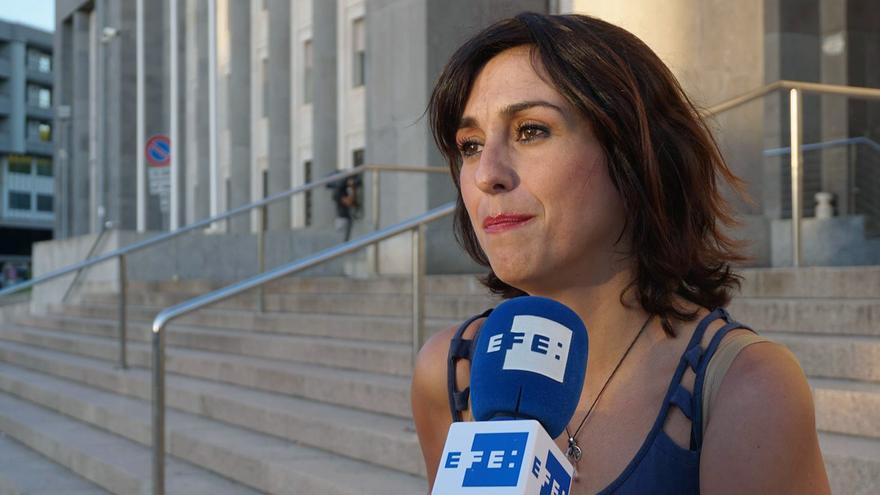 The Penitentiary Surveillance Court has partially upheld the appeal of the Prosecutor’s Office and has decreed the return to the Center for Social Insertion (CIS) of Juana Rivas, the neighbor of Maracena (Granada) sentenced to two and a half years in prison for remaining unaccounted for with her two minor children.

In a car to which Efe has had access, the Court of Penitentiary Surveillance 5 of Andalusia partially estimates the appeal filed by the Prosecutor’s Office against the third degree granted to Rivas, a measure that allowed him on June 15 to leave the CIS to which he presented himself to serve the sentence ratified by the Supreme Court.

Penitentiary Surveillance indicates that Rivas must fulfill the third degree but in the modality established in article 82.1 of the Penitentiary Regulations, which implies the daily schedule established by the CIS and being able to leave only two weekends a month.

This order, against which there is an appeal, also highlights the need for Rivas to undergo a program of specific treatment “aimed at achieving full awareness” of the rights of the child.

This program claims that Rivas, sentenced to two and a half years in prison for staying on the run with her minor children so as not to hand them over to her ex-partner, the Italian Francesco Arcuri, understand the “scrupulous respect that should preside over” any action in parent-child relationships.

In the resolution, the judge points out that after examining all the reports on Juana Rivas “for now nothing opposes the initial classification in third degree of treatment.”

Thus, the treatment board pointed out as adaptation factors that it was his first crime, that it was occasional and that he had requested a pardon, that his admission to prison was voluntary and that Rivas presents good prison behavior and has family support.

“We have to agree with the Public Ministry that there is an unusual haste in the classification, which is certainly not contrary to the law and it would be desirable if it could occur in all cases,” states the order, which highlights some gaps such as the severity of the facts, a crime of child abduction.

Nor does it appear in the report that it was a crime that requires a high degree of planning and that it was committed against the rights of children and the plurality of victims.

“We observe from the psychological report provided that the assumption of responsibility does not exclude a failure to assume the crime, he regrets the way used, says the report, which denotes at least a very deficient assumption, “summarizes the judicial opinion.

The Court thus argues that it is committed to a treatment aimed at achieving the full reeducation of the convicted person and “her reintegration”, without forgetting the retributive purpose of the sentence and the purposes of general prevention.

With these data, the order unanimously proposes to classify Juana Rivas in the third degree of treatment in the restricted lifestyle.

As reported by Rivas’s lawyer, Carlos Aránguez, he has learned the content of this order through a telephone call.

He has also pointed out that Juana Rivas “will strictly comply” with the order and will return to the CIS, which she left on June 15, while her lawyer uses all possible legal channels to “correct” the situation.

Rivas spent four days in the CIS to serve the sentence imposed for a crime of parental kidnapping when he did not deliver his children to the father in the summer of 2017.