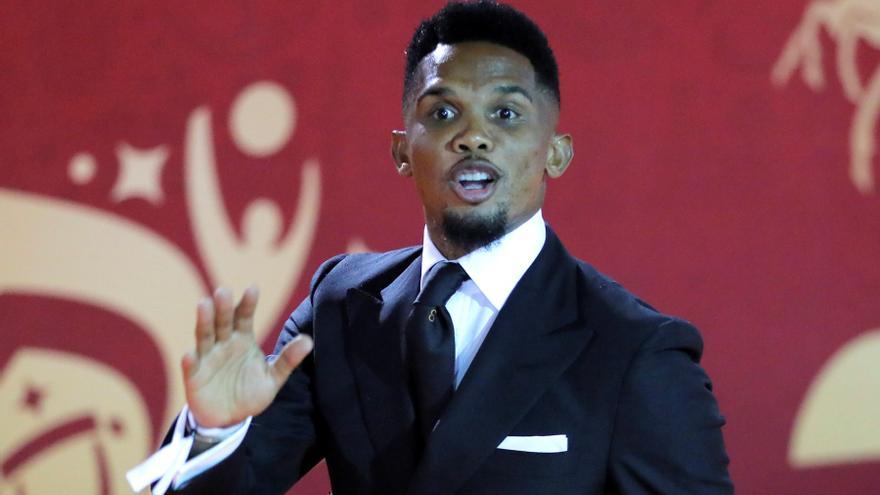 The court of first instance number 83 of Madrid has declared the former Cameroonian soccer player Samuel Eto'o official father of a young woman who is now 22 years oldErika Do Rosario Nieves, after the Cameroonian declared himself in absentia and disregarding the evidence presented against him. This has been indicated to EFE by the Sevillian lawyer Fernando Osuna, who has been in charge of the legal representation and presented the young woman's lawsuit in 2018, the result of a relationship between her mother 23 years ago.

The young woman's mother, a black woman named Adileusa, and the soccer player met, according to the lawsuit, in a Madrid entertainment venue in 1997, when the player was a member of the CD Leganes, after introducing them to a mutual friend who worked in a nightclub. Fruit of the relationship, indicates the same demand, in February 1998 the woman discovered that she was pregnantwhich he communicated to her, and then "told her that he would act responsibly towards the common child, although he preferred that she not have the child".

It also adds that "during pregnancy tried to communicate with the future father, but he did not answer to her phone calls or emails", to indicate that she notified him by phone that she was going to give birth, without receiving a response from her. The girl was born in 1999 at the Alarcón Foundation hospital in Madridwhen the footballer was a member of RCD Espanyol, without the player recognizing her at any time.

To carry out the process, the young woman provided biological evidence that supported her testimony, which made the judge admit the claim, although Eto'o never met the requirements of the court. The sentence sentences the former soccer player to the payment of a monthly pension to the young woman of 1,400 euros, retroactively since the lawsuit was filed.