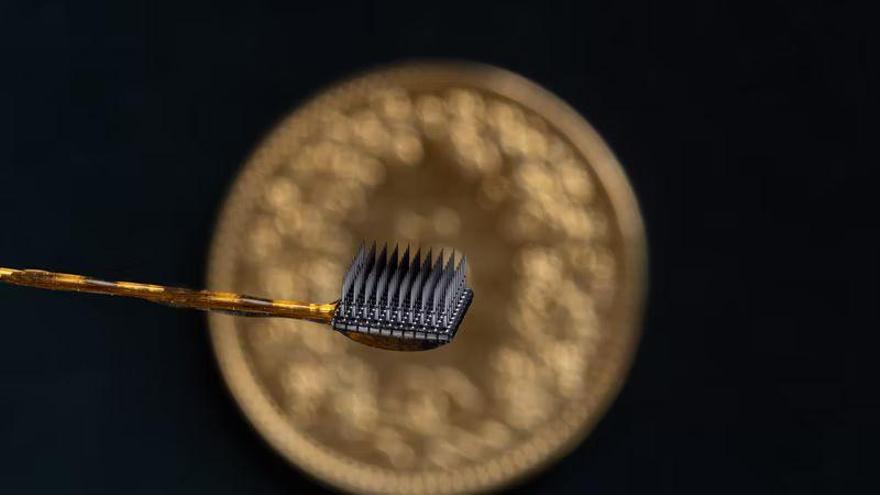 A team of scientists has managed to get a totally paralyzed person unable to speak to communicate through a brain-computer interface (BCI) device, a study reveals. published this Tuesday in 'Nature'. The research, led by the Wyss Center for Neuroengineering (Switzerland) and the University of Tübingen (Germany), has developed this method in an individual with advanced amyotrophic lateral sclerosis (ALS).

The patient, a 34-year-old man in a “total block” state, sends brain signals to the BCI, which decodes them to form letters, in a process experts call the “neurofeedback auditory system.” Previous work had already developed similar tools to allow people with ALS to "speak" through the movement of their eyes or facial muscles, but once the disease degenerates and they lose muscle control they are no longer able to communicate in this way.

To overcome this problem, the team led by Jonas Zimmermann, a neuroscientist at the Wyss Center in Geneva, turned to this type of auditory feedback (neurofeedback) BCI, which consists of two intracortical microelectrodes surgically implanted in the motor cortex.

The patient is affected by the so-called total captivity syndrome (CLIS, its acronym in English) -for which the paralysis is absolute-, but it was unknown until now if he also "has lost the ability of his brain to generate commands for communication ”, explains the expert it's a statement.

During two years of work, this individual learned to generate brain activity by testing different movements, brain signals that are detected by microelectrodes and then decoded by a machine learning model in real time. This artificial intelligence tool maps the signals to attribute a "yes" or "no" meaning and, to decipher what the participant wants to communicate, a spelling program calls out the letters of the alphabet.

And here the "auditory neurofeedback" comes into play, since the subject is able to choose, after identifying the tone and frequency of the "feedback", between "yes" or "no" to confirm or discard a letter, until forming complete words and sentences at a rate of about one character per minute.

“Previously, successful communication via BCIs has been achieved in people with paralysis. But we believe that our study is the first to achieve communication in subjects who have lost all movement capacity and, therefore, this BCI is their only means of communication”, Zimmermann points out.

Tags: cerebral, I talked, implant, in solitary confinement, sick, the A, They achieve, through