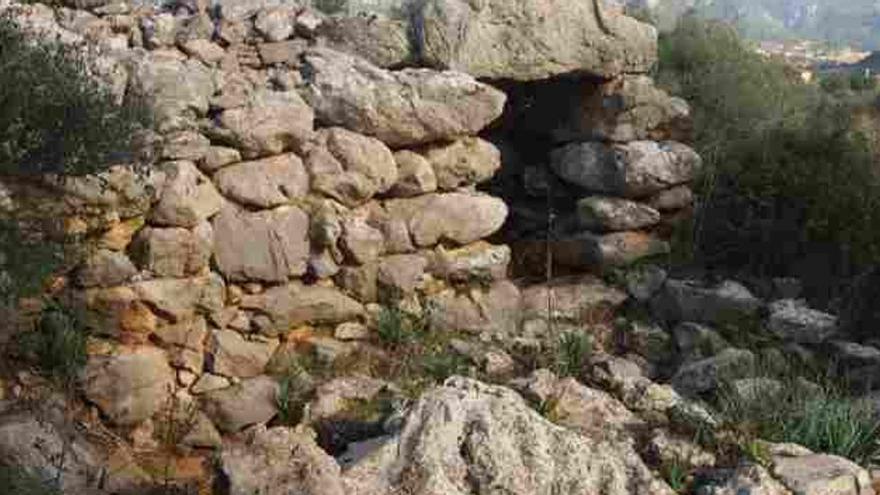 The archaeologist Pere Rullán has just informed the Civil Guard two cases of alleged pillage that have taken place in the last two weeks in two deposits of Serra de Tramuntana. Specifically, the areas affected are Son Antiquet, in Esporles, and the Talaiot de Son Ferrandell (better known as del Dimoni), in Valldemossa, the latter declared a monument and excavated by the famous archaeologist William Waldren.

The discovery of the destruction occurred by chance, during a visit with some friends to the Son Ferrandell-Son Oleza site, in Valldemossa. "Around the talaiot there were a series of holes that made us suspect a looting carried out with the help of a metal detector. At first sight, we should have located some 12 perforationss", comments the also investigator, who after the visit already went home with the fly behind his ear. "It was not clear that it was a plunder, but it was an indication", he points out.

Last Saturday his doubts were completely dispelled. "On a farm belonging to my parents, in Son Antiquet, which is in Esporles, I saw those same holes that I had seen in Valldemossa. There is a site of Talayotic occupation there until medieval times. There are Roman and Islamic remains as well," he points out. In this deposit, Rullán came to identify 91 excavated holes. "There are between 5 and 30 centimeters deep. Around some of them, it is possible to identify fragments of ceramics that they must have dug up and they haven't even taken them because, if it's not a whole piece, they don't have much value", he explains. "There is no doubt that they have used a metal detector, as in Valldemossa. And it is very possible that they have extracted coins, tools or any other metallic object, "he indicates." If they made 91 holes, it is because they were finding things that interested them. "

A hole in Son Antiquet surrounded by ceramics. Pere Rullan

Rullán is surprised that the looters have reached Son Antiquet, "a site that is barely documentedIt's not in the guides. As it is unexcavated, the structures can hardly be seen and those who were making the holes knew how to approach perfectly to the area where the structures were."

The archaeologist, who handed over photographs to the Civil Guard, suspects that the looting could have occurred at other sites in the area that have little visibility from the road.

The penalties for plundering deposits can amount to very large economic fines and can even lead to imprisonment. In Mallorca, the best known case of alleged looting with a metal detector is that of Rupert Spillmann in the castle of Santueri, which was archived by the justice system.