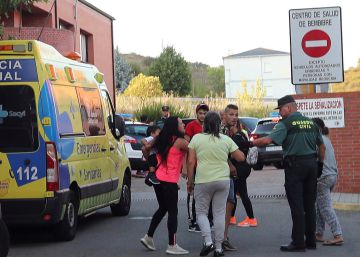 The Civil Guard investigates the death of a 29-year-old woman, who died from a gunshot wound in the town of Las Ventas de Albares, in the municipality of Torre del Bierzo (León). About half past six in the afternoon of Thursday, the officers learned that the young woman's partner had found the body near the mobile home where they resided.

Sources from the Government Delegation indicated that the woman presented an open wound in the chest. Her husband moved her to the health center of Bembibre, where he already arrived without life, according to research sources.

Initially it was reported that the young woman had wounds of a white weapon, but the armed institute confirmed this Friday that it was a shot that ended the life of the young woman. The agents, after the first investigations, rule out that it is a case of sexist violence or in which there is a "criminal offense" against people, according to the statement sent on Friday. The investigation remains open. Among the hypotheses they consider are suicide or an accident.