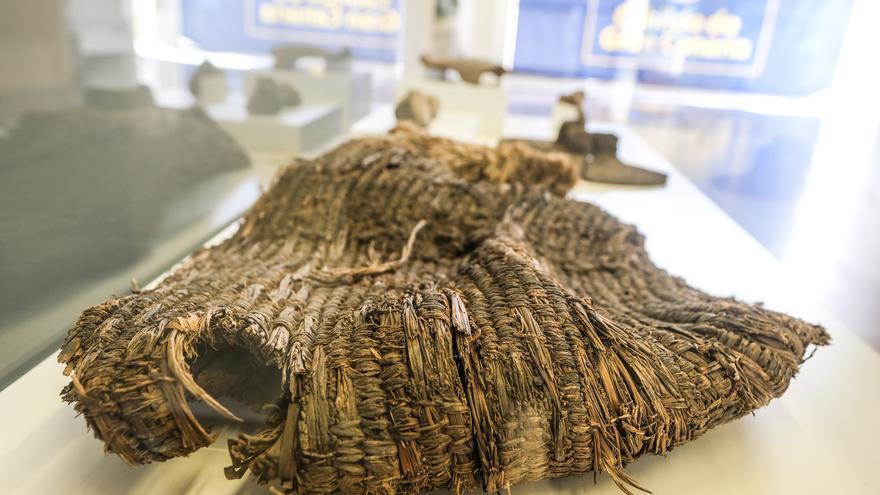 More than a thousand archaeological pieces from between the end of the 8th century and the end of the 10th century AD have been found in a site from the Guayadeque ravine (Gran Canaria), which will allow a better understanding of the way of life of the ancient Canarians.

The Archaeological pieces They were found at the end of 2020, in a cave, by several people who reported the discovery, the president of the Cabildo de Gran Canaria, Antonio Morales, reported this Thursday.

Much of the material was inside sacks along with various excavation tools, which warned of an attempted looting.

After the discovery, the Historical Heritage service of the island corporation began field work and its subsequent study and dating, and although the archaeological work continues, enough information has already been obtained, it has indicated the responsible for this service, Xavi Velasco.

Among the material found there are numerous plant tissues, basketry, pottery remains, wood, mills and other objects.

They were found in a large cave made up of various rooms, which is part of a larger archaeological complex in which domestic and funerary spaces of great historical value coexist, Velasco has indicated.

The Well of Cultural Interest, Archaeological Zone, Barranco de Guayadeque (Agüimes-Ingenio), where the cave was found, has been a benchmark in Gran Canaria archeology since the 19th century, the expert recalled.

This finding stands out both for its volume -nearly a thousand elements- and for the quality and variety of the pieces, especially in what refers to the textile industries in vegetable fibers, lithic milling elements (mills and mortars), wood and samples of the mortar that covered the interior of the cave.

This Guayadeque cave is one of the few places in Gran Canaria in which this type of remains has been documented in its archaeological context and provides pieces in which its typology, functionality and treatments received can be exhaustively analyzed, Velasco stressed.

Thus, for example, large reed baskets, used to store grain judging by the associated remains, have been found alongside smaller containers and mats that may have served to cover the cave floor.

Likewise, a new type of fabric has been documented (different from the five described since the 1980s in Gran Canaria), which enriches the research on a task that, according to all available data, was carried out by women.

"There are very few deposits in the world with material remains of this type," said Velasco, who highlighted the importance of the discovery.

The dates of the place found coincide with those obtained in a nearby burial cave in which the Cabildo de Gran Canaria also intervened in 2019 and 2020.

It is an archaeological space that still requires new studies and the Cabildo de Gran Canaria has already planned a new investment to continue the work on the ground, as well as for the specific study of part of the recovered materials, reported Morales. .

In the future, the materials will be deposited in El Museo Canario, and these days they are exposed to the public who wishes to observe them at the headquarters of the Cabildo de Gran Canaria.