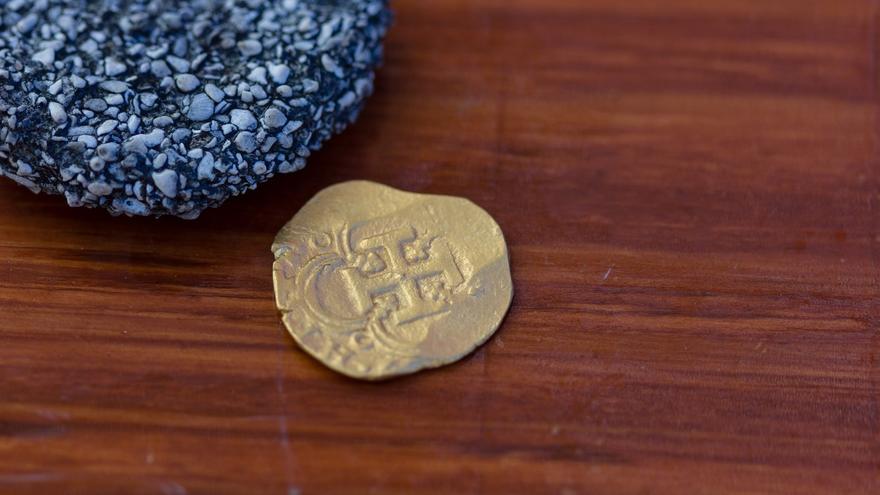 Miami, Jul 22 (EFE) .- The company Mel Fisher’s Treasures found for the first time in 20 years a gold coin from the shipment of the galleon Nuestra Señora de Atocha, whose remains were discovered in 1985 in the waters of the Florida Keys by a team Commanded by diver and treasure hunter Mel Fisher (1922-1998).

The coin recovered by Zach Moore, whose father, Bill Moore, was part of the team that discovered the galleon sunk in 1622 by a hurricane along with seven other Spanish ships, has a value of about $ 98,000 and is the 121st of those recovered in that wreck.

It was found only 76 centimeters deep, according to the company, which did not provide further details.

The previous discovery of a gold coin from the Nuestra Señora de Atocha occurred in 2001, according to Mel Fisher’s Treasures.

Mel Fisher’s Treasures has two museums in Florida, one in Key West, where part of the treasures of the galleon sunk in 1622 are displayed, and another in Sebastian, a town on the Treasure Coast, so called because of its proximity to the shipwreck site. of 11 Spanish ships in 1715, also by a hurricane.

The Mel Fisher Maritime Museum in Key West is preparing a large exhibition to commemorate the 400th anniversary of the shipwreck of the Nuestra Señora de Atocha in 2022.

The new exhibition will focus on the people who sailed on the shipwrecked galleons, who they were and how they lived, Corey Malcolm, director of archeology at the Mel Fisher Maritime Legacy, said in an interview with EFE a few months ago.

In total, about a thousand pieces, many of them objects of daily life, will be exhibited for the first time on the occasion of the 400 years of the sinking of these seven ships that sank loaded with silver, pearls, gold and emeralds.

Among the rarest pieces that will be exhibited are a series of silver Inca vessels, extracted from the Atocha wreck.

Fisher and his team of treasure hunters discovered the Santa Margarita wreck in 1980 and the Nuestra Señora de Atocha wreck in 1985.

Both galleons were part of the Tierra Firme Fleet, which had sailed from Havana bound for Spain loaded with the riches of the New World and was surprised by a hurricane off the coast of the Florida Keys in 1622.

“Los Trovadorcitos”, the child filmmakers who give a social message in Bolivia

Sidonie, MODA and Corizonas will perform in the edition of Ebrovisión 2021