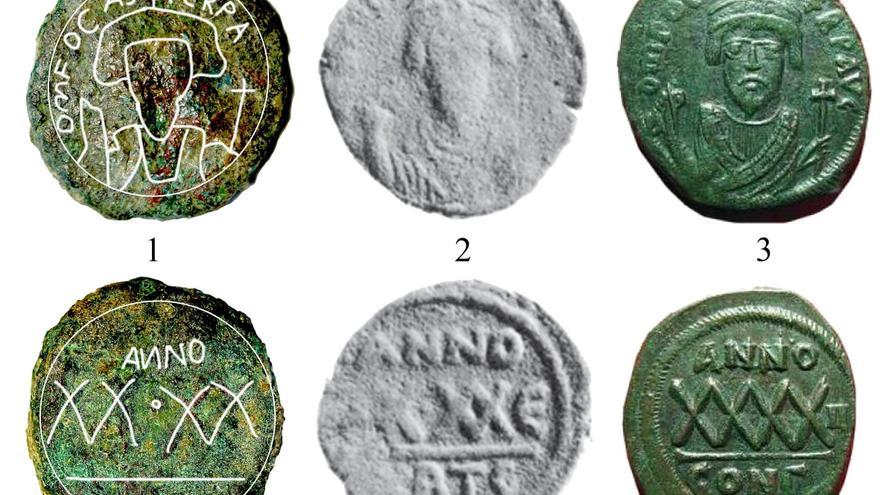 Ceuta, Mar 27 (EFE) .- An excavation in Ceuta has made it possible to discover and identify a copper coin from the Byzantine period – the first to be found in the city – minted by Emperor Focas between 602 and 610, according to informed this Saturday the Government of Ceuta.

The find has been made by archaeologists who are processing and documenting the materials from the excavation carried out last summer in the Baluarte de la Bandera, of the Royal Walls.

These experts have identified a Byzantine copper coin, a follis, minted by Emperor Phocas between 602 and 610 AD, the first Byzantine coin identified in Ceuta to date.

Since the last campaign of archaeological excavations in this bastion of the Royal Walls culminated last summer, the archaeologists who participated in it have been busy cleaning, documenting, classifying and studying a huge volume of archaeological materials that have been classified ever since. .

It is a small coin (its diameter barely exceeds two centimeters) and, as is usual in these pieces, the conservation is poor.

Despite this, Dr. Moreno Pulido from the University of Cádiz, a specialist in ancient numismatics, has carried out the reading of the legends.

On the obverse of the coin there is a frontal representation of the emperor, with a crown adorned with earrings and a toga, in his right hand he holds a map and in the left a cross.

The reverse includes the letters XX · XX that refer to its value: 40 nummi.

So far, the coins of this emperor in the West (Mauretania Tingitana, Hispania, Gallia and Britannia), including both gold and copper, barely reach fifty, many of them causal findings that make their interpretation difficult.

Its essentially coastal or fluvial distribution highlights the involvement of Byzantium in maritime and river commercial traffic.

For this reason, the finding of this follis in Ceuta, although not strange, is of particular interest as it has been documented in an archaeological context.

Archaeologists have pointed out that little information is known of the biography of Emperor Phocas before reaching the imperial dignity since he was a soldier, of possibly Thracian origin, who developed a successful military career that allowed him to be appointed an officer.

Taking advantage of the unrest of the army after the campaigns on the banks of the Danube, he marched on Constantinople where he overthrew the Emperor Maurice in 602. His mandate is relatively short as he was also dethroned and executed in 610.