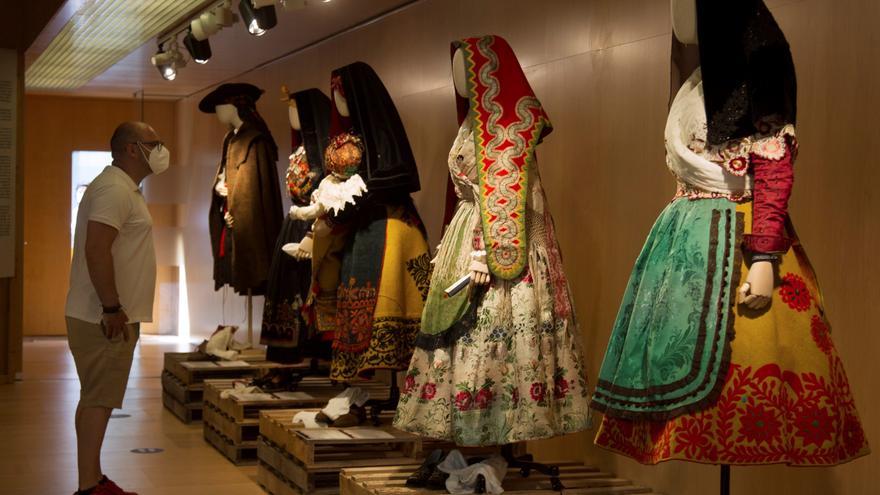 Zamora, Jun 7 (EFE) .- A quarantine of typical costumes, the oldest from the end of the 18th century, and more than sixty pieces of traditional jewelry from areas located around the French Jacobean Way and the Vía de la Plata make up an exhibition inaugurated this Monday in Zamora.

The exhibition "Dressing the Way" has opened the activities of the Multimedia Festival of Traditional Clothing that is held in Zamora until June 20 with catwalks, conferences, exhibitions and a meeting of artisans, as reported by the organization run by the Nativity scene group La Morana de Zamora.

The president of the group and curator of the exhibition, Francisco Iglesias, explained that the costumes come from museums, collections of ethnographic associations and individuals and include typical clothing from different regions and areas of the provinces of Cáceres, Salamanca, Zamora, León, Pontevedra and La Coruña.

The sample, which can be seen in the exhibition hall of the Ramos Carrión Theater in Zamora, is complemented by another exhibition of photographic panels that collects images of some details of this traditional clothing in Viriato square.

The typical costume of a woman from Malpica de Bergantinos or that of a man from Santiago de Compostela are part of the exposed furnishings of La Coruña, while in Pontevedra you can see the milkmaid costume of Bueu and León, there are typical clothes of the Órbigo Bajo from Alija del Infantado.

There is also no shortage of typical costumes from the province of Zamora, such as the Carbajalino, or Salamanca, such as La Armuña, as well as typical Cáceres costumes such as the Montehermoso bride and groom, provided by the Provincial Museum of Cáceres.

The exhibition is completed with more than sixty pieces of traditional jewelry that at the time were used as a complement to traditional clothing but were later transferred to be worn by virgins in the province of Zamora and now the Bishopric of Zamora has provided them for this exhibition .

This exhibition, with free admission, is a preamble to the traditional clothing catwalks that have been scheduled next week and that will be broadcast live through the internet on different social networks to show about three hundred typical costumes from the provinces participating in the event. festival.

The aim of these activities is to turn Zamora into a living costume museum for a few days, in which it is "the largest non-permanent exhibition of traditional clothing in Spain," as highlighted by the provincial deputy for Culture of Zamora, Jesús María Prada.