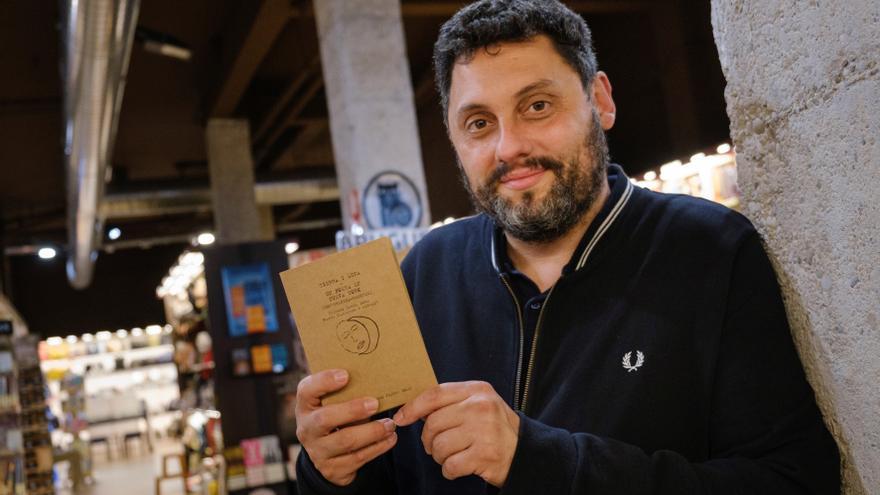 Logroño Apr 2 (EFE) .- “Tierra y Luna”, the “lost” collection of poems by Federico García Lorca, with 17 poems that the writer from Granada even left, placed according to the order “so that the reader has the same idea with the that he conceived the work, “now sees the light.

He does so with the Riojan publishing house Ediciones del 4 de Agosto and with the help of professor and researcher Hilario Jiménez, who has been in charge of taking care of this edition of a book that, he tells Efe, “was known by the experts in Lorca”, but that “it had not been compiled as an independent book nor could it be read as such.

Jiménez (Montánchez, Cáceres, 1974) has indicated that, when Lorca arrived in Spain from New York in 1930, he brought in his suitcase “a lot of poems that he is going to separate into two collections, one called” New York “and another that was to be called “Earth and Moon”.

In the end, he continued, “those two collections are concentrated in only one, which is what is known today as this great universal book that is” Poet in New York “, and that second collection of poems, which was to be called” Tierra y Luna “” ended up lost “as such as a work with its own identity.

In fact, of the 17 poems that were to make up “Tierra y Luna”, 10 went to “Poeta en Nueva York”; 3 to “El Diván del Tamarit”, which is “one of the great books of Lorca very little studied” and 4 were “broken down and have only been published in specific books by Lorca, such as his complete works and compilations”.

“A normal reader cannot access those 4 poems, much less this book organized by Lorca”, in which the texts, although “had already been published”, are placed “just as he left it written” in a list found on the back of the poem “The Stanton Child”, the reproduction of which can be found in this book, has underlined.

It has affected that “it is the first time” that “the corpus of the 17 poems is published in the order he wanted and in which he left it written”, something that has been achieved “85 years after Lorca left that list ”.

In “Tierra y Luna”, he said, it is “very important to cry out against capitalism, against religion and in favor of marginalized beings”, and, “as being marginalized that Lorca felt in a society that does not recognize homosexuals , the issue of homosexuality is also going to be central in this book ”.

This work has been published in the form of a folder that includes, on the one hand, a book with “Earth and Moon”, and, on the other, a copy of Lorca’s conference-recital “A Poet in New York” , which he made in 1932 and in which he explains 10 of his New York poems, he has pointed out.

For his part, the Riojan publisher, Enrique Cabezón, has told Efe that this publication has been produced with an initial circulation of 1,000 copies, of which half consist of a folder with both copies, while another 500 copies can be purchased .

“This book is published in La Rioja, which is the birthplace of the first poet of our language, Gonzalo de Berceo, and Lorca is the great poet of 20th century Castilian letters and it seemed to us that we should try to unify these two threads invisible that unite all the poetry in our language ”, he stressed.