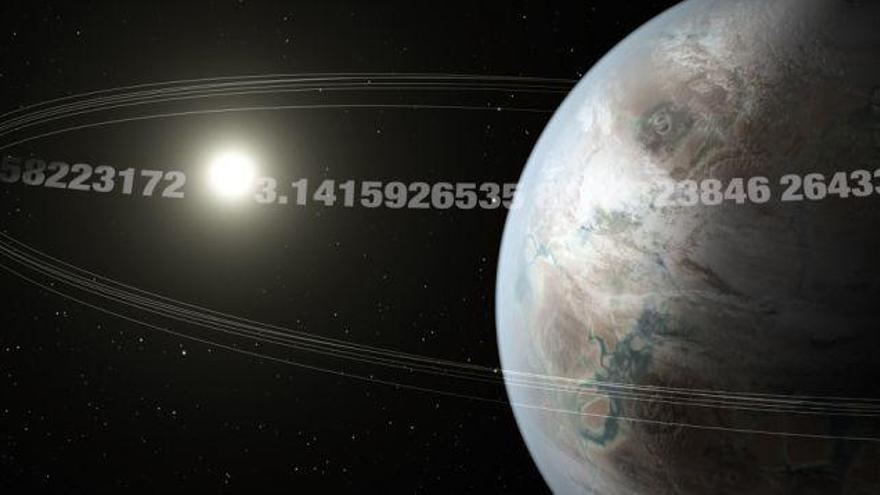 Although its official designation is K2-315b, everyone will know it as the planet Pi, as it revolves around its star every 3.14 dayss, an orbit reminiscent of the universal mathematical constant.

The new planet, which is similar in size to Earth but unlikely to support life due to its high temperatures, was discovered by a group of astronomers with data taken in 2017 for NASA’s Kepler Space Telescope K2 mission.

At the beginning of this year they focused on it, thanks to the SPECULOOS network of ground-based telescopes, which allowed them confirm that the signals received were from a planet circling its star, with a period of pi, every 3.14 days.

The study published by the Astronomical Journal is entitled “Pi Earth: A 3.14-day Earth-size planet from K2’s kitchen served hot by the SPECULOOS team.”

And, as one of the authors Julien de Wit, from the Massachusetts Institute of Technology (MIT) points out, commenting on the discovery and the title of his research: “Everybody needs a little fun these days“.

Researchers estimate that K2-315b has a radius of 0.95 that of the Earth, making it almost the same size as our planet.

The planet Pi orbits a cool, low-mass star that is about one-fifth the size of the Sun and does so at a speed of 81 kilometers per second.

Even if its mass is yet to be determined, scientists suspect it is rocky like Earth and it is likely not habitable, as its narrow orbit brings it close enough to its star to heat its surface to 176 degree centigrade, “perfect for baking a real cake,” says MIT in a statement.

In addition, its association with the mathematical constant, the planet Pi may “be a promising candidate for the study of the characteristics of its atmosphere,” the note added.

The researchers are members of the network of telescopes Search for habitable planets that outshine ultra-cold stars (SPECULOOS), in the Atacama Desert (Chile), which is designed to search for Earth-like planets around nearby, deep-frozen dwarfs.