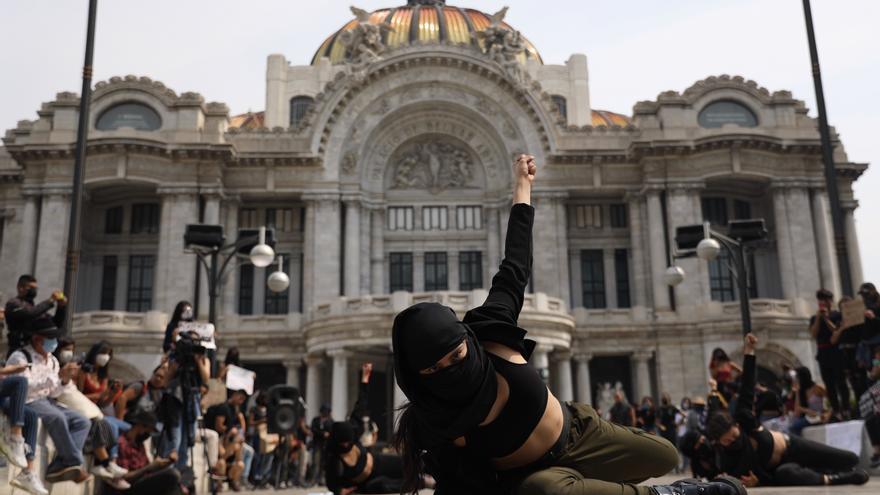 Mexico City, Apr 23 (EFE) .- Students from the Academy of Mexican Dance (ADM) protested with a symbolic dance this Friday in front of the Palace of Fine Arts in the capital, to demand the dismissal of Raymundo Torres, director of the school, noted for ignoring and minimizing complaints of sexual harassment against teachers.

"We ask for the dismissal of the post of director of Raymundo Torres for concealment and abuse of power over the complaints that have been issued on our portals," one of the protesters told Efe, who requested anonymity.

For a few weeks, different students of the Academy of Mexican Dance have denounced through social networks the sexual harassment they experience by teachers and school authorities.

"These complaints were more than 3 years old and the director did nothing," said the student.

For this reason, since last February 26, the country's artists began a work stoppage and assured that they will not return until the authorities put a stop to the violence.

Using their bodies as a form of expression, some thirty artists and dancers protested outside the Palacio de Bellas Artes, the most emblematic stage in the Mexican capital.

"We want to confront from our art, from what we know how to do, to manifest ourselves with the body that has been intervened or attacked by teachers and managers," said the artist.

The protesters regretted that Raymundo Torres has disqualified and downplayed the complaints and that the General Subdirectorate for Artistic Education and Research (SGEIA) of the National Institute of Fine Arts and Literature (INBAL) has not done anything about it either.

"We continue to seek dialogue with the SGEIA (...) and to know what will happen about the benefits and risks of the students. Because the teachers are still inside the teaching staff and returning to classes, even if it is online, would be putting ourselves in front to the aggressor, "he said.

They accused that so far there are no protocols on this type of violence at school.

In addition to Torres's dismissal, the protesters also demanded that at least five other workers and teachers be left out of the institution due to different accusations ranging from abuse of power to psychological and sexual abuse.

Likewise, they seek to make the hiring of teachers transparent through the competition for positions with a gender perspective and in accordance with human rights.

"It is time to raise your voice," he concluded.