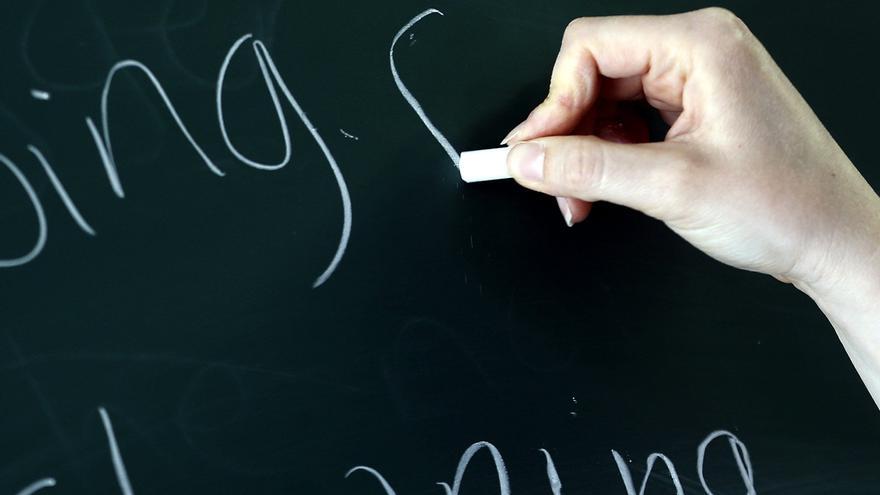 A Coruña, Jun 13 (EFE) .- Avoiding spelling mistakes is possible by training the brain with a methodology created by an expert in neuroscience through drawings made in comic format associated with simple learning rules.

The learning method has a short and easy to memorize name, SIO, the acronym that explains in three words what the idea of ​​Ramón García Guinarte consists of, an Orthographic Intelligence System capable of making the brain respond without errors by "putting its scope is a mental program that adapts to its mode of operation ", its creator explained to Efe.

The method does not require sophisticated tools nor does it rely on complex or highly industrialized technology since the center of operations of the SIO method is the human brain, "a very powerful tool that comes standard and that if we train it it shows us that it has no limits" , highlighted García Guinarte, professor and director of the Institute of Neuroscience and High Performance.

Ramón García Guinarte (Pontevedra, 1970) has discovered through neuroscience that "the brain's memory capacity has no limits when we speak to it in its language", hence the creation of a system that helps the brain in the face of these difficulties because we have "Inside our skull the most fascinating instrument in the universe, but no one has explained to us how it works and, although we all bring it as standard, it comes without an instruction manual," he says in an interview with Efe.

Studies carried out for 25 years by the Institute of High Performance Neuroscience have concluded that spelling mistakes also appear in people with reading habits, and regardless of their age or academic level, because the problem of spelling errors is connected with the type of mental processing of each person.

In a brain in which an auditory or kinesthetic representation process predominates, more spelling mistakes are made than if the person's mental process is based on visual stimuli, which induces the "first brains to have more complications when it comes to represent written words ", sums up Guinarte, so he has thought of providing a solution that consists of providing the brain with a visual tool that fixes spelling problems in memory and enables the brain to convert errors into well-written graphic expressions.

Each of the most common spelling errors, including some punctuation marks, is represented by a character, who is baptized with a name and can be visualized with the drawing of an animal or insect that comes to life throughout the pages of a book or through a mobile application; the association of ideas and training "correct the difficulties of the Spanish language in a matter of seconds," says García Guinarte.

"Behind what seems like child's play, a very powerful mental program is actually hidden that allows any word that involves difficulties to be processed in the form of simple images", argues the professor of Educational Sciences, who also emphasizes that this system does not have "age limits" because it can be learned at any time, but it is considered an "essential and necessary" tool for young people and adults.

The advantage of the system, for Guinarte, is that "it is very simple, because it is as natural as meeting twelve cartoon characters who immediately become your friends to eliminate the difficulties you have with spelling and the potential of the mind. makes it possible that, with a single glance, these difficulties disappear ", he sums up.

The reason why SIO relies on cartoons is because "when we talk about memorization capacity it is impossible to compete with the capacity of a child, especially up to 7 years of age, and with SIO, the images that are used to be so simple they allow them to be introduced quickly into our memory, since every brain is capable of storing simple images ", explains Ramón García Guinarte.

The neuroscience professor believes that it is essential to know the mental processing system that predominates in each person, since those in which the visual prevails will have "great advantages and others will always have problems, to a greater or lesser extent," he says.

The reason why it is difficult for the mind to memorize the writing of a word is because it does not have a mental meaning in itself, "it has it at a cultural level, but not at a natural level, hence the conflict it generates in people who do not they enhance their visual memory ", they explain from the High Performance Neuroscience Institute.