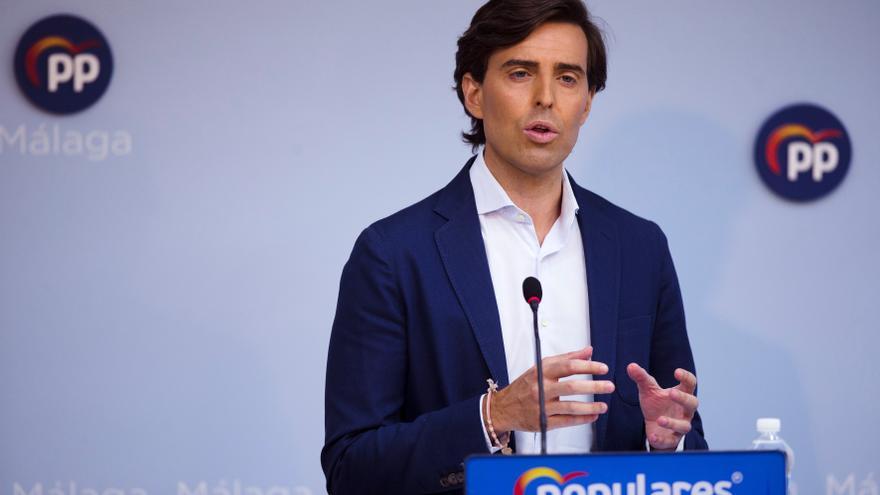 The vice-secretary of Communication of the Popular Party, Pablo Montesinos, has urged the Prime Minister, Pedro Sánchez, and Vice President Pablo Iglesias, to clarify “today” if they were aware of the “alleged illegal financing of Podemos” that has taken to “a good part of the dome of Podemos” to be charged, among them the Secretary of Communication and head of party campaigns as well as a senior government official, Juan Manuel del Olmo, the manager of the confederal formation, the treasurer and a worker.

“Iglesias has to stop attacking the institutions and must appear at a press conference and face the media,” Montesinos said at a press conference. “Was Iglesias aware of the alleged illegal financing of his party?” it has been asked, to emphasize that, in his opinion, the vice president can only answer “with a yes or a no”. “He cannot hide anymore, not a minute more. He is cornered by scandals, hidden, without wanting to show his face, without wanting to respond to journalists. Attacking the media is no longer going to serve him well,” he insisted.

In addition, the people’s deputy secretary has raised that request to Sánchez himself. “What do you think about the alleged illegal financing of a party that is in the Government?” “We call on Iglesias and Sánchez to face the media,” because, Montesinos said, “Sánchez is supporting with his silence the alleged corruption and alleged scandals of his vice president.”

Montesinos has criticized “the disappearance” of the President of the Executive Branch and his “sit-down policy” in the midst of the crisis: “He acts as if this very serious crisis was not with him.” In his opinion, “the evident abandonment of functions” of Sánchez leads “many Spaniards today wondering where the Government is” while new infections increase or the economic consequences of the crisis worsen.