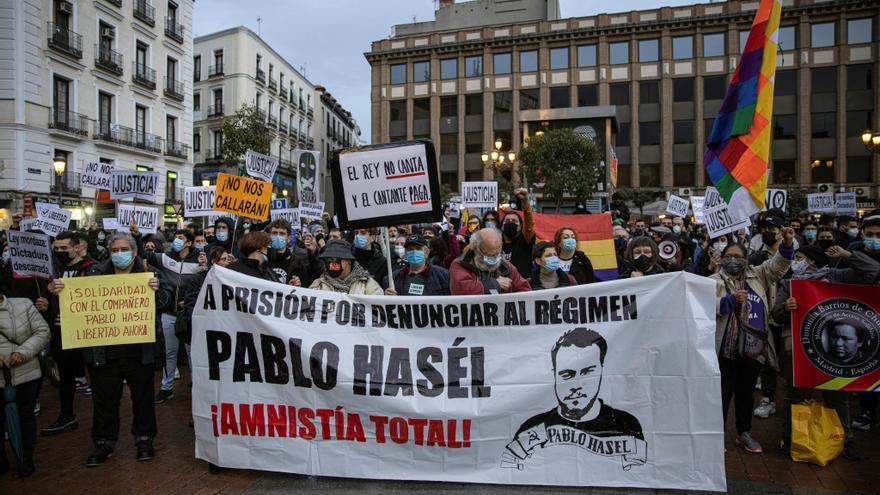 Madrid, Feb 7 (EFE) .- A Telemadrid camera has been attacked this Saturday by an unknown person while covering a demonstration in Madrid in support of the rapper Pablo Hasél, convicted of exalting terrorism and insults to the Crown, according to the regional channel.

The demonstration, of about 300 people, was developing normally until some protesters began to chant the slogan of “television, manipulation” and an individual “has hit the Telemadrid camera and has thrown the camera to the ground, destroying it and damaging the lighting “, has reported Telemadrid on its website.

The aggressor, who has not been identified, fled the scene in a hurry and many of the witnesses apologized to the camera “victim of the brutal attack,” according to the channel.

The rapper Pablo Rivadulla Duró, better known as Pablo Hasel, assured this Thursday in Brussels that he will not voluntarily go to prison to comply with the ten-day period given to him by the National Court after sentencing him to nine months and one day in jail for exalting the terrorism and insults to the crown.

Tags: attack, camera, do the, manifestation, rapper, support for, Telemadrid