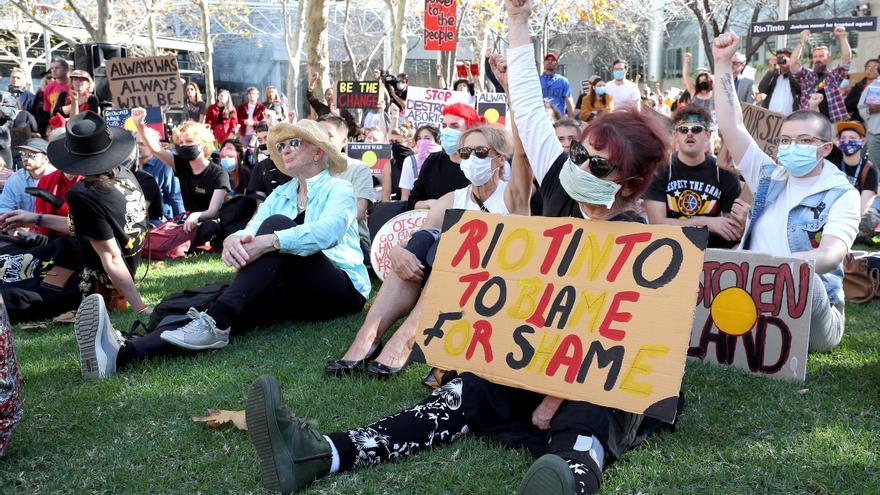 Sydney (Australia), Dec 10 (EFE) .- A committee of the Parliament of Australia recommended that the Rio Tinto mining company ensure "the total reconstruction" of the 46,000-year-old aboriginal caves that it destroyed in May to expand its operations.

The parliamentary group, formed days after the incident was known and made up of 10 legislators from different parties, also demanded compensation for the traditional owners affected.

"Rio Tinto's role is inexcusable" given that the Anglo-Australian miner "knew the value of what it was destroying and still did," according to the preliminary report published on Wednesday by the legislative committee on this fact.

These caves near the Juukan Gorge - located in a remote area sacred to the Puutu Kunti Kurrama Aboriginal people of the Pilbara region of northwestern Australia - had evidence of having been the only place in the interior of the country occupied by humans since the Age of Ice.

This place, which its traditional owners used to "connect" with their ancestors, contained more than 7,000 artifacts, including a 4,000-year-old strap made of human hair, the report says, pointing out the existence of legislative defects both on the part of of the regional government of the state of Western Australia and the Federal Executive.

The preliminary report recommends negotiating a compensation plan for the affected traditional owners and a permanent moratorium on mining in that gorge, among other matters that include details on the rebuilding of this Australian cultural and spiritual heritage.

"Reconstruction should specifically include measures to mitigate water and other damage to the stream that flows into the Juukan Gorge and protect the sacred pool of snake-headed rock," the legislative document said.

Following the preliminary report, Rio Tinto President Simon Thompson said in a statement that the company "acknowledges that the destruction of the Juukan rock caves caused significant pain in the villages of Puutu Kunti Kurramay Pinikura and works very hard to advance a solution ".

In September, Rio Tinto announced the resignation of its CEO, Jean-Sébastien Jacques, and two other top executives over this scandal, two weeks after the miner published an internal report.

Rio Tinto had obtained permits for these detonations in 2013, but a year later important archaeological discoveries were found in the caves, which showed that they are the only places in the interior with evidence of having been the only place in the interior of the country occupied by humans since the Ice Age.

It is not the first time that indigenous heritage has been destroyed and it may not be the last; rock art on the Burrup Peninsula in the northwest of the country, with more than a million petroglyphs, is being threatened by the expansion of a gas project, wrote in May Samantha Hepburn of the University School of Law by Deakin on The Conversation.