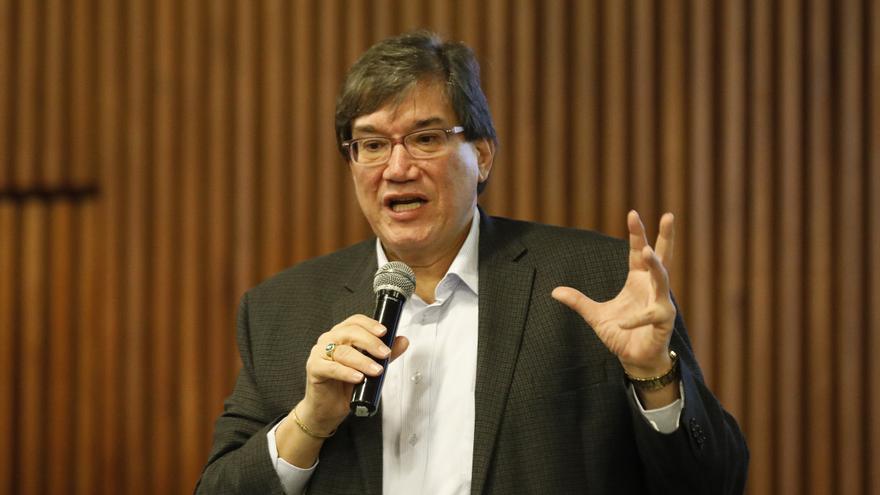 Miami, Apr 21 (EFE) .- The Colombian government’s granting of $ 23 million aid to the media was praised this Wednesday by journalists and institutions in the country, although they asked that it be carried out under “conditions of transparency and independence. “and with” clarity “in the evaluation criteria.

It is an “inclusive” model of aid to the media without antecedents in the region, so it is essential that it be developed under the strictest conditions of “independence and transparency in the allocation of resources,” said Jaime Abello, director General of the New Ibero-American Journalism Foundation (FNPI).

“The indicated thing is to support this initiative so that it goes well with the guarantees of respect for independence, effectiveness and an evaluation system” that is not asymmetric, insisted Abello.

The co-founder of the FNPI participated today in the panel “Support for the media and democracy. The Colombia case”, within the virtual celebration of the Mid-Year Meeting of the Inter-American Press Association (IAPA), which concludes next Friday.

Previously, Simón Osorio Jaramillo, deputy director of the Colombian Ministry of Technologies and Information (MinTIC), assured that the resources will be allocated in an “equitable” way to the media, “whether they are large or small.”

Jaramillo recalled that this resource sharing measure, in its final drafting phase, responds to the fulfillment of a mandate from the Colombian Congress to assist in the digital transformation of the media, given the situation caused by the coronavirus.

The official made it clear that the sole objective of the Colombian government is “to provide the resources”, not to influence the content transmitted by the media.

The MinTIC is in the final phase of the access and award procedure, to which it is estimated that some 2,200 journalistic companies in the country could attend from the end of the semester or the beginning of July.

Of course, all journalistic companies must have been incorporated before March 2020 and have been “duly audited.”

“We are working so that the access procedure is as precise, impartial, objective and equitable as possible for all”, and will be governed by “transparency”, for which, he said, they have selected a public university as a kind of “controller “.

“It is going to be an evaluation process in which there are no privileges, that inspires confidence, with total transparency and objective,” Jaramillo reiterated to those attending the panel.

It is precisely the “trust” factor that worries Abello, given that “everything that comes from the State in terms of media financing inspires mistrust”, even more so at this time when, he pointed out, “there has been a deterioration of trust “in the media and institutions.

Werner Zitzmann, executive director of the Colombian Media Association (AMI), was enthusiastic about the Government’s initiative and said that Colombia “should be in the region a pioneer country in certain initiatives”, in the strengthening of constitutional rights, such as it is the right to information.

Zitzmann painted a discouraging outlook for the media, with a “very serious fall in income”, of 50% already in the 2018-19 financial year, and unsustainable annual losses that remain at a rate of 10%.

“Supporting the future of the media is intrinsically related to democracy,” he said, for which he applauded these government grants that will serve to “stimulate the continuity of the media.”

The executive director of the AMI took advantage of the appointment to advance the bill that is being prepared “more ambitious” and that will have a “more structural impact” in the media sector.

“A democracy and society are better with means than without means,” he said.

In this context, Abello defended that free and independent journalistic information is a public good “and stressed that the media are going through a” business model transformation crisis. ”

“Journalism is a business in transition,” said the general director of the Gabo Foundation.