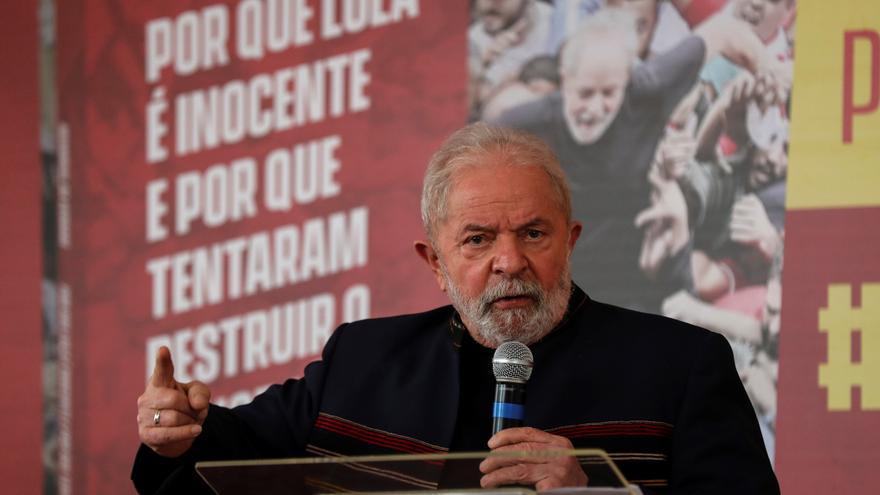 The first of two volumes of the biography of the socialist leader, of 416 pages, began to be offered this Monday on the internet for those interested in receiving the digital edition on the same day of its launch, the editor explained in a statement.

Although there are other biographies, authorized or not, of the former head of state (2003-2010), former union leader, founder of the Workers’ Party (PT) and the first president of Brazil of labor origin, the work that Morais began to write in 2011 has generated great expectations due to the proximity and friendship of the biographer with the political leader.

Morais, close to the Brazilian left since he released “La isla” in 1976, a story about a trip he made to Cuba and his encounters with Fidel Castro, is known in Brazil as the author of biographies of characters such as the writer Paulo Coelho (” El Mago “), the media mogul Assis de Chateaubriand (” Cható, the king of Brazil “) and the communist leader Olga Benário (” Olga “).

“Fernando Morais had direct, frank and frequent access to Lula since 2011. To those dozens of hours of testimonies he added his reporter nose and captivating prose to compose a biographical project that offers a panel of the character in all his greatness and complexity”, according to the Companhia das Letras.

Last July, when he said he had finished the first volume of the biography, Morais admitted that he practically “stuck” with Lula when his presidency ended, before he was diagnosed with the cancer from which he recovered and before he was convicted of corruption. to recover the racks of his eight years of government.

“In a narrative that makes use of chronological setbacks and advances to maintain an electric rhythm, in this first volume Morais addresses from Lula’s childhood to the annulment of his sentences (for corruption), in 2019, through the new unionism, the workers’ strikes, the founding of the PT and the first electoral campaign, “adds the editorial.

According to the presentation, the work is the result of more than ten years of work and recovers the decisive moments for the character to become what he is: ‘the leader of the masses who, with advances and setbacks, entered history as an agent and symbol of great transformations in national life in the last five decades’ “.

According to Companhia das Letras, beyond judgments or passions, Lula is among the greatest political figures in Brazilian history for being the only president of the country with a working-class origin, for his achievements against poverty and hunger, and for having exercised his great charismatic power and his influence more enduringly than any other public man in the republican period of Brazil.

According to Morais, when he began to write the biography of Lula, a decade ago, he thought of a book that would tell the story of the socialist leader since he was arrested for the first time in 1980 for promoting strikes against the Brazilian dictatorship until the end of his second term. , in 2010.

The biographer added that, with the development of Operation Lava Jato (which uncovered corruption scandals in the PT governments), the dismissal of Dilma Rousseff as president and the imprisonment of Lula himself, he faced the need to increase the period narrated. and practically write another book.

A previous authorized biography of the former president, “Lula, the son of Brazil”, written by Denise Paraná and published in 1996, inspired the film of the same name and tells the life of the leader from his childhood until the first of the three electoral defeats he suffered. before being elected president.