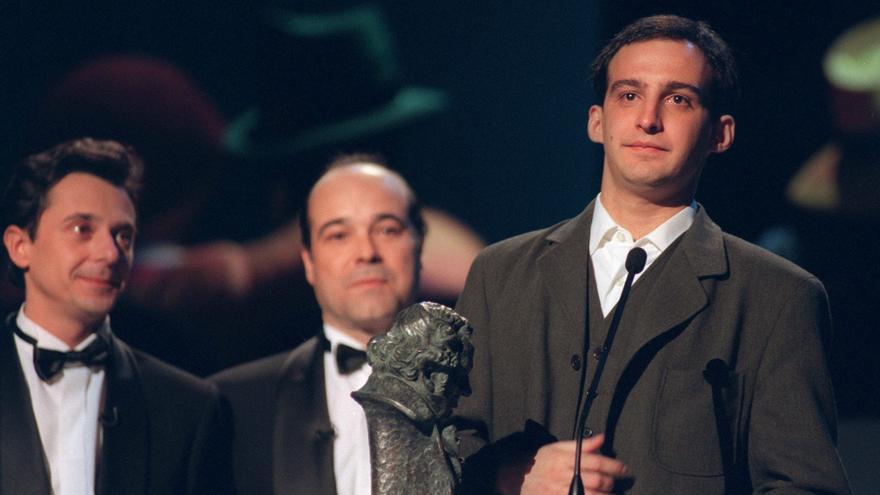 Madrid, Apr 10 (EFE) .- Never has a prime feature caused such a stir. Monday marks the 25th anniversary of the premiere of “Thesis”, the film with which a young Alejandro Amenábar (Santiago de Chile, 1972) changed the pattern of Spanish genre cinema and connected with a new generation educated and identified with audiovisual culture .

“Thesis” inaugurated the career of one who would quickly become one of the most international Spanish directors and whose consecration would arrive nine years later, in the form of an Oscar for best foreign film with “Sea Inside”.

But in that distant 1996, Amenábar was still a student behind with the exams. Of course, he had already shot a couple of shorts, “Himenócopio” (1992) and “Luna” (1995), which reached the eyes of José Luis Cuerda.

The director of “Amanece que es no poco” invited him to go to his filming, according to Amenábar himself: “I sat in the director’s chair and he told me ‘get out of there'”. And immediately afterwards he encouraged him to start writing.

“I wrote that movie (” Thesis “) because José Luis encouraged me. I remember it as something very playful. In the morning I would prepare the subjects that I had left for September and in the afternoons I would write, which was the fun thing,” he remembered ago some years.

The film performed well at the box office, but the real hit came after the Goya ’97, to which the director arrived “completely amazed” with eight nominations and competing for the main prize with established filmmakers like Imanol Uribe and Pilar Miró.

He won seven of the eight Goyas he was opting for: best film, new director, screenplay, montage and revelation actor (Fele Martínez). It traveled through festivals from Berlin to Mar del Plata and from New York to Havana and was sold to practically everyone.

Amenábar’s way of making cinema, inspired by American suspense and Hitchcock, was a novelty at that time. The critics also highlighted his fidelity to the classics of horror in the sense that everything is imagined, it is never seen directly.

Faced with formal classicism, its ability to create tension in a daily environment such as the university and the introduction of a subject as murky as it is new in commercial cinema: “snuff movies”, films that circulated clandestinely and contained violence, torture and actual deaths.

The plot revolved around Ángela (Ana Torrent), a student who is preparing a thesis on audiovisual violence. A professor who agrees to help her search for material is found dead.

The leading trio was completed by Chema (Fele Martínez), a fellow expert in gore and pornographic cinema, and Bosco (Eduardo Noriega), a close friend of a young woman who was killed during the recording of a “snuff movie.”

The theme connected with the contemporary generation of Amenábar and close, educated in television culture, the video clip and VHS, since, with the packaging of pure entertainment, the story invited us to reflect on the desensitization that televised reality can cause. .

Those were the years of the birth of trash TV and it so happened that a year after the premiere of “Thesis”, in Pepe Navarro’s program “Tonight we crossed the Mississippi” the conspiracy theory of the Alcasser crime was released according to which the murdered girls would have been captured to record a ‘snuff movie’.

With “Thesis” Amenábar opened the door to a generational renewal in genre cinema in Spain with an international vocation, which includes directors such as JA Bayona, Nacho Vigalondo, Juan Carlos Fresnadillo and Rodrigo Cortés.

He also introduced new faces to the industry such as Eduardo Noriega and Fele Martínez, who won the Goya for best supporting actor for his role.

A year ago the American production company Federation Entertainment acquired the rights to “Thesis” to make an adaptation in the form of a series, but no further details have been disclosed so far.

Alejandro Amenábar, meanwhile, is immersed in his first series, “La Fortuna”, a great international production that will premiere this year with a cast led by the Spanish Álvaro Mel and Ana Polvorosa along with the North Americans Stanley Tucci, Clarke Peters and British T’Nia Miller.

The series is an adaptation of the comic by Paco Roca and Guillermo Corral “The Black Swan Treasure”.