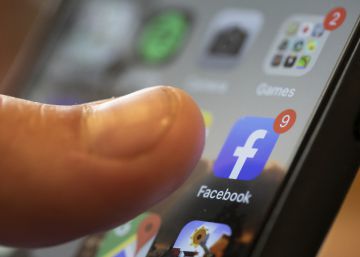 There is no doubt that the Cambridge Analytica scandal, which plunged Facebook into its biggest crisis of its foundation, has marked the company, which was also a victim of the campaign #DeleteFacebook, in which many users and also businessmen and celebrities proposed to leave the social network. But the application is still the most successful in recent years. As published by the service AppAnnie, which measures the success of an application based on its downloads, Facebook has become the most downloaded app of the whole decade, and not only that, but it has placed the rest of its products in the top 5, leading the market of the app stores.

We go through the list of most downloaded applications of the decade that ends now (although the discussion about when the decade begins and ends is always typical of the years ended in 9) worldwide. The company only offers the data of the positions of each application, but not the absolute data of the number of downloads:

The mobile application itself that manages the largest social network on the planet has been the most downloaded of the entire decade. Despite the Perfect storm which seems to have enveloped the company for its lax policy regarding privacy, the social network of Mark Zuckerberg keep growing in users in a sustained way, while generating succulent income for its shareholders. It seems that network users either welcome the reforms initiated to improve privacy, or simply assume that it is the price to pay for enjoying the advantages of the popular wall. At least, so far.

The Facebook messaging platform often goes unnoticed, but in some countries like the United States it is hegemonic and with a number of users that leaves any rival behind. Messenger is simple, direct, full of functions, and many times, the best way to contact a person whose name is not known. This second global position worldwide is sustained, and like the main application, it has no signs of losing users, but rather the opposite.

The overwhelming domain of Facebook in the mobile application market continues with WhatsApp, an application that does not deserve many explanations in markets such as Spanish or Latin American, which has become the standard of communication among its citizens. Surprisingly, precisely in the United States and other European Union markets, the use of this platform is marginal. WhatsApp came to unseat the limited SMS and has established itself as a form of communication through messages, photos, videos and for some time, calls and video calls.

Both WhatsApp and Instagram are not products originating from Facebook, but are part of the product catalog thanks to successive acquisitions that made their founders billionaires. It cannot be denied that Zuckerberg was right when it came to extending the checkbook, especially with Instagram, a platform that has become the source of income with more projection Facebook and with growth rates that continue to break brands.

To be honest, much of the merit of the spectacular growth of Instagram is due to Snapchat, the application of ephemeral photos that inaugurated this type of product that is still raging among the youngest. Snapchat’s initial approach was to allow its subscribers to publish photographs that could be seen by their followers for a period of time, after which they disappeared. Well, Instagram Stories came as a crude copy of Snapchat that, despite everything, still resists the onslaught and maintains a large group of users.

Who has not ever used Skype? The Microsoft product continues to occupy a place of honor among the list of most downloaded applications on the planet. This position, however, supposes a bittersweet taste for Satya Nadella’s company, which failed to take advantage of its hegemonic position and consolidate itself as a communication platform by default, giving an unrecoverable space to its rivals, Messenger and WhatsApp, mainly. This relaxation in leadership meant that Skype did not incorporate the necessary encryption in its communications, as its rivals did, and be criticized by organizations such as International Amnesty.

One of the surprises of the list is the appearance in seventh place of this Chinese application, the favorite now of many teenagers, but which was launched in 2014, much later than the rest of the services that appear on the list. Recently, United Kingdom joined the United States in the investigation of the application of videos by the use of the data of its minor users.