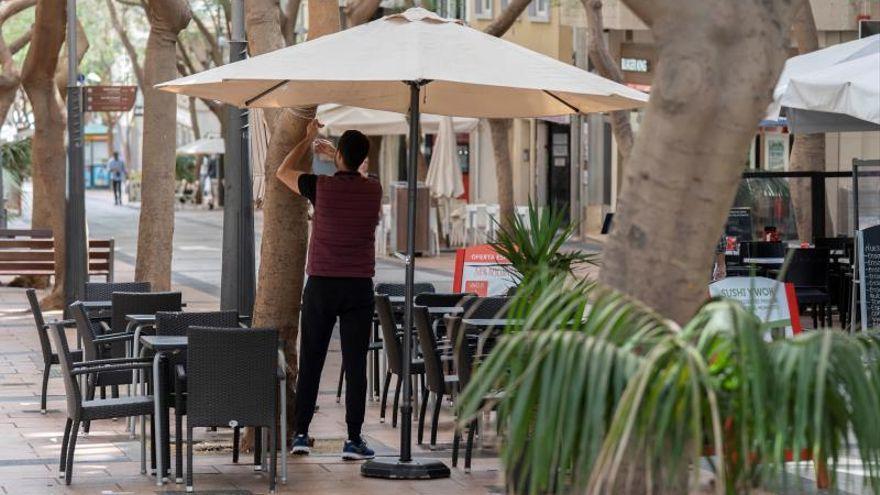 The self-employed will continue to have ‘unemployment’ aid due to the pandemic until the end of the summer. In addition, the Government articulates a path of saving in Social Security contributions for those who received them until now and stop doing so in the coming months, in which it is expected that the economic situation will improve and businesses will recover activity. Self-employed groups ATA, UATAE and UPTA gave their approval yesterday afternoon to the latest proposal from the Ministry of Social Security, which reverses a large part of its initial approach, which sought to harden the benefits quite a bit.

In the absence of details of the publication of the aid in the BOE, after receiving the green light from the Council of Ministers this Thursday afternoon, some of the keys to these measures are summarized below.

Savings in fees for those who leave aid

The main novelty in this new extension of extraordinary aid for cessation of activity (known as ‘unemployment of the self-employed’) is that exemptions are included in Social Security contributions until October for all people who have been receiving some benefits and stop for the summer.

In the last payment of Social Security, 450,000 self-employed still received this aid, a figure that is expected to decrease in the coming months with the improvement in economic activity. This will allow lifting restrictions and recovering business in many sectors, which will mean that many beneficiaries no longer qualify to receive these benefits.

These exemptions, the savings in the payment of the Social Security contribution, will be: in June 90%, in July 75%, in August 50% and in September 25%. For these discounts to be applicable, the person must continue to be registered as a self-employed person until September 30.

Closure benefit in the face of restrictions

The four types of extraordinary aid for the self-employed are maintained. The first is the extraordinary benefit for suspension of activity, aimed at those people who face a temporary suspension of all their activity – that is, they cannot carry out their work or their business does not operate – due to the restrictions pro the pandemic.

As a novelty, it improves its amount: it rises to 70% of the minimum contribution base (which is currently 50%). However, the criterion is maintained that when two or more family members live together in a home who are recipients of the benefit, the amount of each of them will be 40%. The worker is exempted from contributing while receiving the aid, although this period is recognized as contributing.

With vaccination and the improvement of the epidemiological situation, these beneficiaries have already decreased a lot and it is expected that this will continue to occur in the coming months. In the last payment of Social Security, 9,767 received the aid self-employed workers, compared to the 40,347 beneficiaries of the previous payroll.

Benefit given a reduced activity

On this occasion, their access is restricted by now requiring Social Security that the self-employed do not exhaust the so-called “grace period”. That is, they have not exhausted their right to receive benefits in accordance with what they had quoted in the concept of cessation of activity. The months of entitlement to the aid can be consulted in article 338.1 of the Social Security Law. With a contribution of 12 to 17 months for cessation of activity, the right to four months of benefit is generated, for example.

The amount of the aid is 70% of the base for which the self-employed contributes and, again, in this period the person is exempted from contributing, although the Social Security will count as contributions for this period. In the last payment, 361,346 people received the benefit.

The self-employed who do not meet the requirements to access the benefit compatible with the activity or the benefit for ordinary cessation (the ‘unemployment of the self-employed’ prior to the pandemic) may request the extraordinary benefit created for this purpose for people with low income . In the last payment of the aid there were 79,056 recipients. In the next month this number may be increased, of people who do not comply with the grace period required in the benefit compatible with the activity.

The amount of the benefit is 50% of the minimum contribution base (40% if two or more family members coexist) and the person is exempt from paying the Social Security contributions, while the period is computed as paid.

The amount of the aid will be, as up to now, 70% of the minimum contribution base and an income level is also required, as before: not obtaining income that exceeds 6,650 euros in the second and third quarters of 2021 .

According to the latest data from Social Security, the sectors that were most impacted by the difficulties and received aid are: the hospitality industry, with 35% of those affiliated to the Special Scheme for Self-Employed Workers in the Hospitality sector who had some help and artistic, recreational and entertainment activities (26.6%). In absolute terms, the hospitality industry has the highest number of self-employed recipients of aid (112,284 benefits), followed by commerce (101,969).