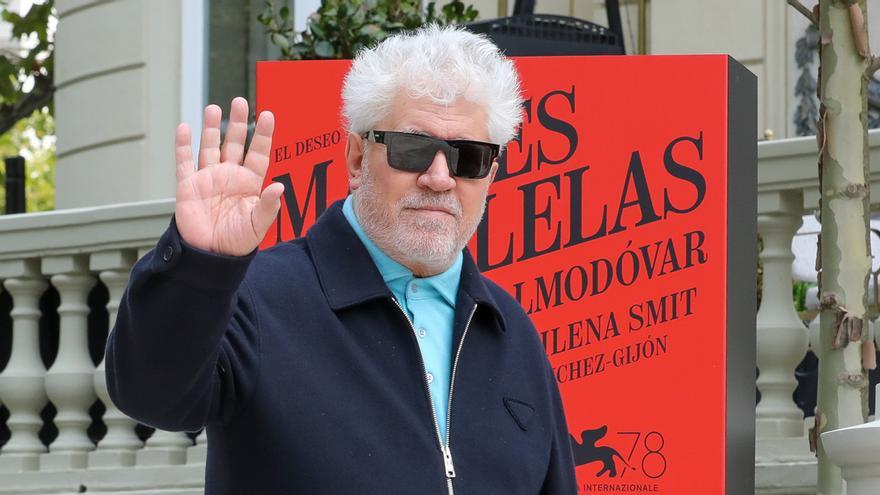 Spain will have representation at the delivery ceremony of the 79th edition of the Golden Globes, which is celebrated andSunday, January 9 at the Beverly Hilton hotel in Los Angeles. Pedro Almodóvar, Javier Bardem and Alberto Iglesias are the 3 Spaniards who have achieved a nomination for the awards given by the Hollywood Foreign Press Association (HFPA).

This year the Golden Globes gala is not broadcast By television. And it is that NBC, the chain that has broadcast it since 1996, has resigned to do so due to the controversy that has been generated around the awards for its lack of diversity.

With the objective of wash your image and give it back luster to the awards, the gala will focus on the philanthropic work of the HFPA. In her comments on 2021, the president of the Association acknowledged that it has been "a year of change and reflection."

"There will be no red carpet. Requests for press accreditations will not be accepted," the HFPA announced in a statement.

"Over the past eight months, we have worked tirelessly as an organization to be better," he stated, noting that the bylaws have been changed and new codes of conduct have been added. "We have 21 new members as well. Is he [equipo] largest and most diverse in our 79-year history. They have not only provided a new perspective, but also ideas that will help us continue to evolve, "he concluded.

An image of the last edition of the Golden Globes gala. EP

In the cinema categories 'Belfast' and 'The Power of the Dog' lead nominations with seven apiece, including Best Drama Film and Best Director, followed by 'The Williams Method', 'Don't Look Up', 'Licorice Pizza' and 'West Side Story', which tied for four.

The gala will have a strong Spanish presence thanks to Javier Bardem, nominated for best leading actor for 'Being the Ricardos' and the two nominations for 'Parallel Mothers' by Pedro Almodóvar, which is competing for the awards for best film in a foreign language and best music for the soundtrack by Alberto Iglesias.

In TV, HBO's 'Succession' has the most nominations, with five; closely followed by 'The Morning Show' and 'Ted Lasso', both on Apple TV + and both with four.

This is the full list of nominees for the 2022 Golden Globes:

'Belfast' and 'The Power of the Dog' lead the nominations in the film category.

- Jane Campion for 'The Power of the Dog'

- Maggie Gyllenhaal for 'The Lost Daughter'

- Steven Spielberg for 'West Side Story'

- Jane Campion for 'The Power of the Dog'

- Aaron Sorkin for 'Being The Ricardos'

Best Actress in a Drama

- Jessica Chastain for 'The Eyes of Tammy Faye'

- Olivia Colman for 'The Lost Daughter'

- Nicole Kidman for 'Being The Ricardos'

- Lady Gaga for 'The Gucci House'

Best Actor in a Drama

- Javier Bardem for 'Being The Ricardos'

- Benedict Cumberbatch for 'The Power of the Dog'

- Will Smith for 'The Williams Method'

- Denzel Washington for 'The Tragedy of Macbeth'

- Jennifer Lawrence for 'Don't Look Up'

- Rachel Zegler for 'West Side Story'

Best Actor in a Musical or Comedy

- Leonardo DiCaprio for 'Don't Look Up'

- Anthony Ramos for 'In a New York neighborhood'

- Ariana DeBose for 'West Side Story'

- Kirsten Dunst for 'The Power of the Dog'

- Aunjanue Ellis for 'The Williams Method'

- Ben Affleck for 'The Tender Bar'

- Kodi Smit-McPhee for 'The Power of the Dog'

- 'Raya and the last dragon'

- 'Be Alive', from 'The Williams Method'

On television, HBO's 'Succession' has the most nominations.

- 'Only murders in the building'

- Uzo Aduba for 'In Treatment'

- Jennifer Aniston for 'The Morning Show'

- Christine Baranski for 'The Good Fight'

- Elisabeth Moss for 'The Handmaid's Tale'

- Lee Jung-jae for 'The Squid Game'

- Elle Fanning for 'The Great'

- Nicholas Hoult for 'The Great'

- Steve Martin for 'Only Murders in the Building'

- Martin Short for 'Only Murders in the Building'

Best Limited Series or Motion Picture Made for Television

Best Actress in a Limited Series or Movie Made for Television

- Jessica Chastain for 'Stories of a Marriage'

- Margaret Qualley for 'The Maid'

- Kate Winslet for 'Mare of Easttown'

Best Actor in a Limited Series or Movie Made for Television

- Oscar Isaac for 'Secrets of a marriage'

- Tahar Rahim for 'The Serpent'

- Jennifer Coolidge for 'The White Lotus'

- Andie MacDowell for 'The Housekeeper'

- Billy Crudup for 'The Morning Show'

- Mark Duplass for 'The Morning Show'

- Or Yeoung-su for 'The Squid Game'