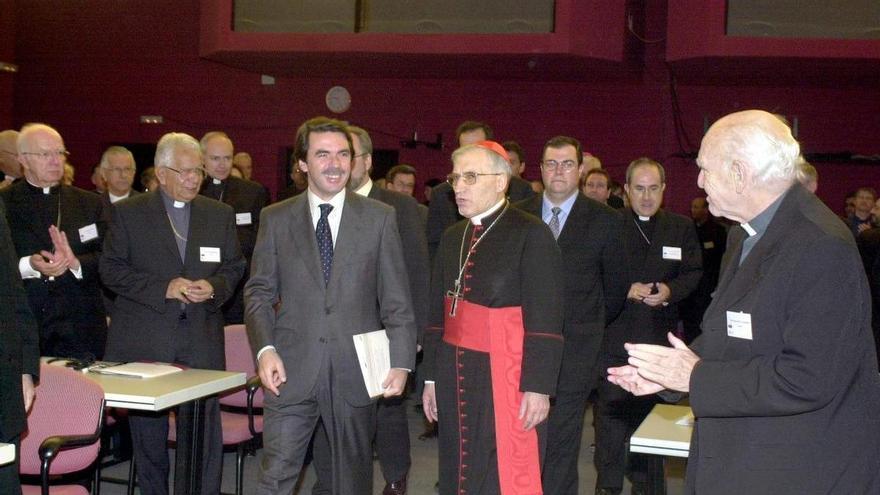 Between 1998 and 2015, the Catholic Church registered more than 35,000 real estate properties in its name thanks to a modification of the mortgage regulations approved by the Government of José María Aznar and that empowered the Catholic Church, and only her, to self-adjudicate real estate with the mere signature of the bishop of the diocese where that property fell as proof of ownership. However, now the ecclesiastical leadership has admitted that more than 2,500 of these goods ended up in the registration records due to "errors". Of these, 1,027 have been sent in detail to the executive.

This review arises from the negotiation between the Spanish Episcopal Conference (CEE) and the Government that began last February, after the publication of the list of unregistered assets. During these months the EEC has analyzed the list to verify, through its dioceses, that the data was correct. Thus he has found "a set of assets that the Church considers to belong to a third party or does not have ownership over it." The bishops see problems in a very small part of the tens of thousands of properties that they listed as theirs without a property title, and that problem boils down to the fact that they should not be included in that list for different reasons.

In his analysis, the EEC has divided the assets that it considers should not be on the list between duplicate registrations (111), assets unregistered or acquired by other titles before 1998 (746), acquired by sale, exchange or inheritance during the period (691 ), belonging to communities or other religious entities (84), assets not identified due to lack of data (608), properties on which there is no registration (31), other errors (28) or assets that are no longer property of the Church because they were sold, donated or expropriated (276). According to the data handled by the Government, they are included here 122 farms and houses obtained by this same method.

Last monday the Government referred to a list of close to a thousand assets but the document finally published includes 1,027 goods, corresponding to the last five categories described in the previous paragraph. The classification of these properties according to the "error" explained by the Church can be seen in the following graph. Temples or other religious places have been separated from non-religious real estate, such as houses, farms or garages.

From now on, "the forecast is that the Government informs the local entities and the registries of this information and can, in this way, initiate the regularization processes that, where appropriate, may correspond. For these purposes , the Church expresses its commitment to collaboration in order to facilitate such processes," explained the joint note from Moncloa and the Episcopal Conference. However, the bishops have discarded the verb "return" because they consider that these assets are not their property and the error is that they appear as such.

The following table allows you to see the complete list of those assets that were listed as unregistered throughout Spain and of which the Church disregards. The last columns detail the reason for its erroneous inclusion in the enrollment register.