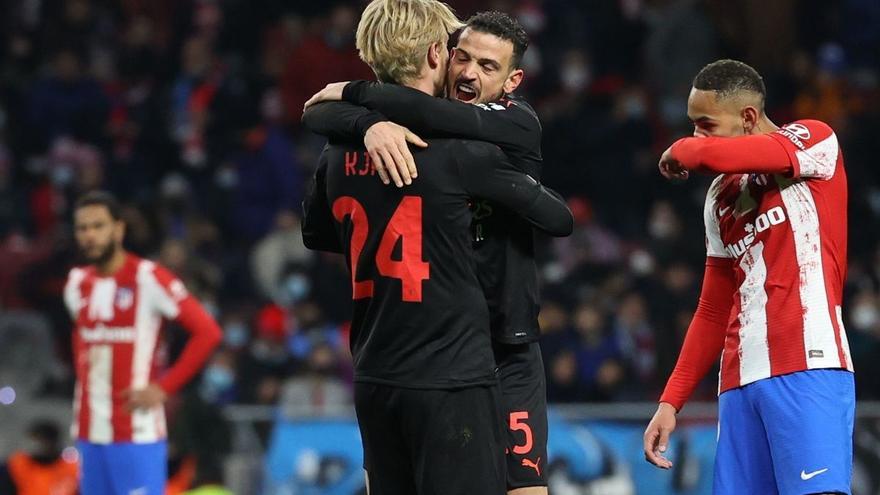 The fifth day of the Champions League It has left a situation of practically maximum risk for Spanish football. Of the five teams competing this season in the top continental club competition, only the Real Madrid you are guaranteed a pass to the next round. Barcelona, ​​Atlético, Sevilla and Villarreal They will stake everything on one card on the closing day, which will be played in two weeks, on December 7 and 8. Like the whites, Bayern, Manchester United, Chelsea, Juventus, Liverpool, Ajax, City, PSG, Sporting and Inter they are already classified.

The team of Carlo Ancelotti he did his homework by winning the Sheriff in the exotic Tiraspol and his presence in the round of 16 was guaranteed for one more season, prolonging his full time in these matches: 30 group stages passed in 30 attempts. His puncture against the Transnistria team at the Bernabéu a few weeks ago has remained a mere anecdote, thanks to Madrid’s victories in the other four games played. On that last day, Madrid will host Inter, in a match in which it will be enough to draw to be first. If he loses, he will be second.

The inability of the whole Xavi to turn his overwhelming dominance over Benfica into goals condemns him to all or nothing in Munich. If they had beaten the Portuguese, Barça would have already sealed their pass to the next round and are now watching the abyss of the Europa League closely. If he manages to win at home to a Bayern already first in the group, the Catalan team will advance to the round. If not, you will have to watch what happens in Lisbon. A Benfica win over eliminated Dinamo Kiev forces them to win. In the event of a Portuguese draw or defeat, Barça will advance whatever they do in Munich.

The goal of Messias Junior in the final stretch of his match against Milan he has put the team of Simeone in a major mess. Atlético will start the day in the last position of the group and, therefore, with options even to stay out of the third position that gives access to the Europa League. To avoid total disaster, the mattress team will have to win their decisive match against Porto at the Dragon Stadium. But that will not be enough, since if Milan beat classified Liverpool, Atlético will have to do it against the Portuguese by at least one more goal difference.

The group in which the Seville team is framed is the most convoluted of all, since the four groups that make it up still have options to qualify and also to be eliminated. Good for those of Lopetegui is that, after beating Wolfsburg, they depend on themselves: they will be in the round of 16 if they manage to beat Salzburg at home. Any other result will leave them out of the Champions League and even the Europa League if Wolfsburg, now last, managed to defeat Lille at home.

Of the four unclassified Spaniards, the team of EmeryDespite his defeat against Manchester United, he is the one who has it the best, which does not mean that it will be easy. He starts second in the group and it would be worth a draw in Bergamo against Atalante to tie his classification. An Italian victory, on the other hand, would send them to the Europa League. The Young Boys could tie them on points, but in no case would Villarreal be left in the last position, given that the goal average favors them.