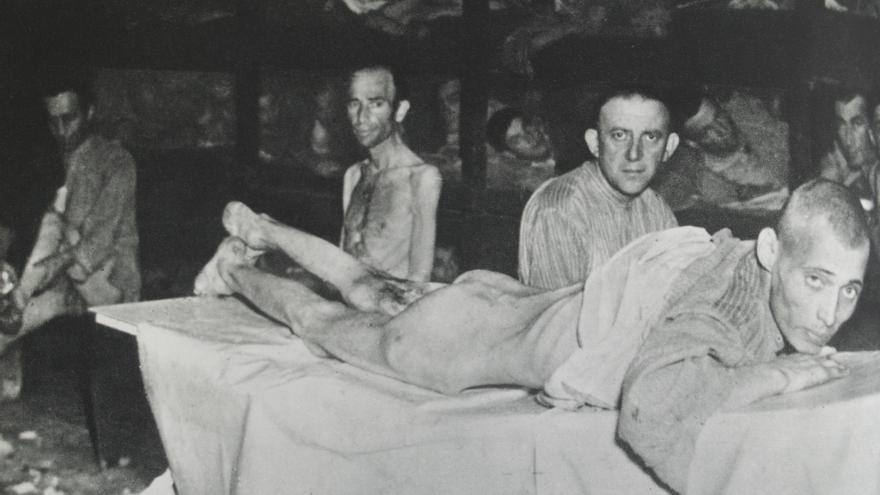 “We wanted to let you know that our team has reviewed your content, and we consider that it does not meet our community standards. Consequently, we have applied an age restriction to your video (…) We apply these restrictions to content that we do not consider appropriate for young audiences. This means that it will no longer be available to users who have not logged in, who are under 18 years of age, or who have restricted mode enabled. ” This is the message that teachers, historians and journalists who had posted videos about the Holocaust on YouTube began to receive at the beginning of August.

Among the banned works were several of the interviews that I myself conducted with the last Spanish survivors of Nazi concentration camps. It was not a minor restriction, since it prevented the dissemination of these videos through web pages and banned those who did not have an active YouTube account from viewing. However, the most serious consequence was that young people could no longer access these videos in which, precisely, they were shown the lethal effects caused by fascism during the 30s and 40s of the last century.

Everything pointed to the fact that some program designed by the video platform to detect violent or pornographic content had automatically censored the reports in which the cruelty of Nazism was shown. It seemed that the fault was of the sadly famous algorithms that in this and other social networks had even eliminated videos and images of sculptures or paintings made by the most prestigious artists in history for the simple fact that they showed an ass or the chest of a woman. With that conviction, many of us took advantage of the possibility that YouTube offers to “file an appeal.” In it we recall the importance of teaching young people the reality of the Holocaust, we reported that those same videos were exhibited in Spanish schools and institutes before students under 18 years of age and we insist that by eliminating the harshest images of the crimes of the Third Reich the only thing we would be doing is whitewashing Nazism.

Precisely in those same days, a similar battle was being fought over the poster of Pedro Almodóvar’s latest film. In this case, Instagram was the social network that censored the already famous image of the nipple from which a drop of milk flowed. The outrage that this decision provoked forced Instagram to rectify and lift the veto.

YouTube did not do the same, which, in just a couple of days, rejected all appeals: “We have reviewed your content carefully, and we have confirmed that it violates our community guidelines.” Maintaining youth censorship of these Holocaust videos caused surprise and upset on social media and attracted the attention of many media outlets. This forced the platform to take another step. A YouTube spokesperson, who introduced himself as a “member of the Community Outreach team,” personally contacted me. On several occasions he insisted that “the age restriction is only related to the explicit images that his videos contain, and in no way refers to the content of the videos or what the survivors interviewed tell.”

In addition, he insisted that YouTube valued this type of content very positively: “We believe that it is very important to have videos like yours on our platform, in which they talk about topics of absolute relevance to world history, such as the Holocaust. Your videos they are powerful messages to educate on the subject and, above all, so that the world never forgets these events “.

The key was, therefore, in knowing what YouTube considers as “explicit images” of the Holocaust “inappropriate” for young people. The first response was generic: “visible corpses, violent actions and nudity.” At my insistence, the “Reach team” agreed to tell me, one by one, what those scenes were. I received a detailed minute of each of the videos in which it was indicated to me the images that I had to eliminate or blur if I wanted the restrictions to be lifted. Taking as an example the report entitled “Living and dying in the Nazi concentration camps” we can get a perfect idea of ​​the criteria used by the platform. They are not algorithms or manual responses; It is the result of the analysis of your “team of experts”.

After analyzing each image, these were some of the arguments with which I tried to reconsider their decision: “There are no free images of violence or nudity. These are always historical images that are exhibited in schools around the world to teach young people the reality of the Nazi concentration camps and the Holocaust “. “I cannot understand how an image of malnourished prisoners is considered inappropriate because they are naked. Can anyone who is not mentally unbalanced see some kind of sexual connotation in that image? The same happens with images of deceased prisoners. They are images historical events that reflect reality. If we blur them, we will be softening the terrible effects of Nazism. ” At the same time, I contributed numerous examples of videos that YouTube considers “appropriate” for minors in which, however, gratuitous violence is shown, women are denigrated or neo-fascist, sexist and racist messages are transmitted.

All these allegations were of no use. YouTube maintains its censorship on numerous historical images of the Holocaust and urges its creators to remove or pixelate them if they want the content to be accessible to those under 18 years of age. This is just one of the many cases that fuel the debate about the power that large technology companies have over the information that citizens receive or do not receive. From the United States Congress to the European Union, numerous governments and institutions have repeatedly expressed their concern about the informational and cultural control, as well as the economic one, that the technological giants monopolize. In the coming weeks, at the behest of the Socialist MEP Ibán García, the European Commission will have to make a specific statement on the attitude of YouTube regarding content related to the Holocaust.