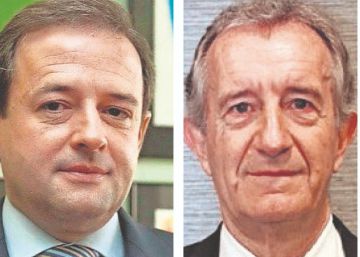 They are not the managers who are in the first executive line of the companies, but they are the ones who occupy the most seats in the Ibex companies. Donald Johnston, Ignacio Martín San Vicente, Javier Echenique Landiríbar and Santos Martínez-Conde They stand out among the more than 400 directors of the Spanish selective as they occupy three seats on boards of directors at the same time. These are four executives who have a long career in the management bodies of the main Spanish companies.

Donald johnston It is a recurring name among the Ibex boards. Born in Colombia, but of American and British nationality, he is currently an independent director of Merlin Properties, Sabadell and Acerinox. According to the data provided to the CNMV, in 2020 he received a total of 437,000 euros for his status as a director in these companies.

For its part, Ignacio Martin San Vicente He has developed his career linked to large companies in the industrial sector, in which he has worked in positions of responsibility such as Executive Chairman of Gamesa and CEO of CIE Automotive. He currently occupies a chair on the boards of Repsol, Acerinox and Indra as an independent director. In total, in 2020 he received 574,000 euros for his work as a director in the three companies.

Javier Echenique is another of the usual names on the Ibex’s boards of directors. He has held senior positions in the industrial and banking sector. He is currently a proprietary director at ACS, an independent director at Telefónica, and an independent director and vice president at Sabadell. Last year he received a total compensation of 947,000 euros for his positions in these companies.

Santos Martínez-Conde He is another of the illustrious names among the directors of the main Spanish companies. He has developed his career linked to the industrial and financial sector, such as Técnica Naval e Industrial, Técnicas Reunidas, Bestinver, Banco Urquijo or Corporación Financiera Alba, of which he was also CEO until 2020. He is currently a proprietary director at Indra, Acerinox and CIE Automotive and in 2020 he received 249,000 euros for his position in the three companies.

In one step below Johnston, Martín San Vicente, Echenique and Martínez-Conde, there are 16 executives who participate in two Ibex boards at the same time. In addition, if the previous four were all men, the number of women is larger, since there are ten councilors who sit in two seats on the selective.

Among them stands out the name of Aurora Catá (Repsol and Sabadell), which accumulates extensive experience in different sectors, especially audiovisual. Also lawyer Ana Palace of the Lersundi Valley (PharmaMar and Enagás), who among many political positions was Minister of Foreign Affairs in Spain between 2002 and 2004.

To this list will soon be added Maria Dolores Dancausa. The CEO of Bankinter she will soon be appointed as a director independent of Acciona, after the shareholders’ meeting, which is held this June, ratifies his position.

Regulations in the councils

According to the legal sources consulted, there is no regulation that establishes a limit to the number of simultaneous boards, however there are several relevant rules regarding boards of listed and unlisted companies. Among them, the duty of diligence stands out, by which the administrators “must carry out the position and fulfill the duties imposed by the laws and the statutes with the diligence of an orderly businessman, taking into account the nature of the position and the functions attributed to each one of them; and subordinate, in any case, their particular interest to the interest of the company ”.

Dedication. The Good Governance Code of the CNMV establishes in its principle 13 that the directors will dedicate enough time to the effective performance of their functions and to know the business of the company and the governance rules that govern it, participating in the orientation programs and updating organized by society. However, the supervisor understands that “it is not possible to define standards of dedication of the advisable directors in general”, for which he recommends that companies pay special attention to these rules, “which must be specifically addressed in the regulations of the board of directors, in particular with regard to the maximum number of boards of directors of companies outside the group of which the director may form part ”.

The proprietary director, only in Spain. The CNMV’s Good Governance Code recommends that the majority of the directors do not have executive functions and be independent. It so happens that in Spain there is the figure of the proprietary director, who is placed in companies to represent the interests of a fund, a company or even a natural person who has reached a high percentage of the company’s shares and therefore this is the type of advisor that raises the most blisters among retailers and connoisseurs of the matter.