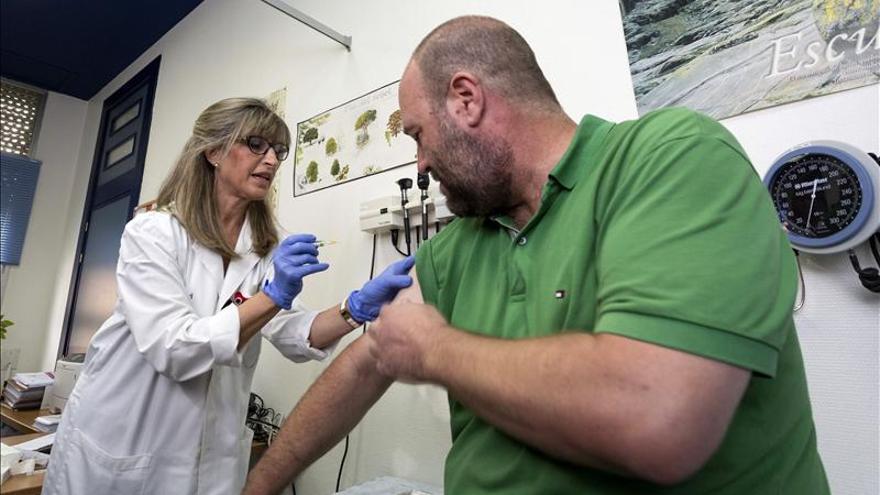 Spain has given the green light to its first phase II clinical trial, that is, with humans, for a vaccine against COVID-19. It is the Ad26.COV2.S vaccine, from Janssen, the laboratory of the American pharmaceutical company Johnson & Johnson. It was announced this Friday morning by the Minister of Health, Salvador Illa, just hours after the Spanish Medicines Agency (AEMPS) decided it. The minister has already advanced that it is not a question of Spain having any “advantage” in terms of dose administration if the project is successful, but rather, recognition of Spanish research and science and its professionals.

190 volunteers are needed in our country to be distributed between the hospitals of La Paz and La Princesa, in Madrid, and Marqués de Valdecilla, in Santander. The plan will also be developed in Germany and the Netherlands, in total with 550 participants. Alberto Borobia, researcher from La Paz and coordinator of the project there, explains that the three selected centers have in common that they have experience in research and clinical pharmacology and with adapted units.

With the hospitals the pharmacist contacted directly offering them the collaboration. In Janssen they expose to elDiario.es that they were also in “permanent dialogue” with the Government of Spain and with other European executives –in addition to the United States–. The first, very preliminary talks were in January and February. The role of the Ministry of Health, through the AEMPS, is to be “guarantor that everything is being carried out according to the protocols. Until they give us the green light we cannot start. This is what happened today.”

Precisely that the project was not unknown to the AEMPS specialists helped. “We knew about the vaccine since June,” confirms María Jesús Lamas, director of the organization. “Some of the evaluators had participated in a preclinical session and had also had access to preliminary documents.” For her, this is good news in two ways: because the number of clinical trials in phase II is increasing – in total there are now 14 in the world – and also because Spain has been chosen. “This indicates the quality and international reputation of our centers and our researchers,” he says. Borobia adds that, although it is not extraordinary that these trials are carried out among several countries, “it is very powerful at an administrative level. Spain is increasingly positioned in research.”

Lamas emphasizes that the authorization for a trial like this takes a little longer because “it contains a new molecule”, but the AEMPS has focused on accelerating everything related to COVID-19. The formal request was presented at the beginning of August, and it was approved this same Friday morning, shortly before Minister Salvador Illa announced it at a press conference: “These processes usually take longer, the legal deadlines say it has an opinion must be issued in less than 45 days or in less than 70 if clarification is needed. ”

Who are you looking for

From La Paz they tell that they already have about 40 participants selected, although they are looking for more, because they need 75: a total of 50 people between 18 and 55 years old and 25 people over 65. The requirements to participate are to be that age, be healthy and not having passed COVID-19. Also, a somewhat less controllable one: not being especially exposed to infection, for work or personal reasons.

Borobia affirms that “mainly hospital personnel will be sought. We are 7,000 workers with very different profiles, many without contact with COVID-19 patients. It will also preferably be sought at the Autonomous University of Madrid, with which we are closely linked. It is done thus to facilitate the visits of the participants: they will have to do between 10 and 12 within a year “. The screenings, evaluations of the state of health and situation, will begin this Tuesday with a first patient and will continue until September 11. They expect there to be more than 100 candidates. On those days, the first thing that will be done will be serological tests and PCR tests that verify that they have neither past nor active infection, and they will start with those selected a week later.

Lamas confirms that work will begin to recruit volunteers, but that the vaccine will not yet begin to be applied for a few weeks. “We are waiting for a series of data that we have asked the pharmacist to complete the file and definitively authorize the start of the tests.”

How is the project

Janssen’s vaccine is based on a cold adenovirus, genetically modified so that the body reacts to it by producing antibodies. “This adenovirus that is introduced into the human body cannot harm it, but it interacts with cells and the immune system, when it finds certain proteins, it produces antibodies”, summarizes Lamas.

The trial is double-dose and the study is what in science is called “double blind”, that is, neither the participants nor the researchers know whether they are being administered the real project or a placebo. There will be three groups: one who is given two real doses, another who receives only one, and another who receives two placebo. In those ten and twelve visits they will have to make to the hospital, what will be done will be to monitor them: see how they respond to the vaccine and if they develop both antibodies and cellular immunity to SARS-CoV-2.

Any experimental vaccine must go through three phases of research in humans. A first in which it is found that it does not cause serious effects. The second, like the one to be carried out in Spain, seeks to ratify this safety, analyze the immune response and adjust the dose. If successful, a final phase before approval must demonstrate that it is effective in tens of thousands of people.

For a human trial like this to be authorized, as has happened with this one, there are many issues that must be evaluated, and for this, organizations such as the AEMPS involve a scientific committee and an ethics committee in the process. First, the PEI (product in clinical investigation phase) and the safety it offers are analyzed, an evaluation carried out by biotechnologists. “In this case, it is a well-known platform, which has already been used in other research and clinical trials involving more than 90,000 people around the world. Mainly in vaccines against HIV and Zica, and also one against Ebola, which has already received authorization from the European Medicines Agency “, explains Lamas.

The results of the previous phases are also analyzed. The preclinical, which provides information for example on the toxicity of the product, and the clinic, on the reaction of organisms to the vaccine. In this case, cell cultures and preclinical animal tests give positive results. “At this stage, for example, a so-called ‘challenge’ test is carried out, in which non-human primates are vaccinated and then the virus is inoculated through a probe into the lung to assess the response,” Lamas details from the AEMPS. “In the clinical phase, this research has tests in more than 1,000 patients in the United States and Belgium, in which no worrisome risks have been appreciated,” he says.

Janssen’s of one of the 14 vaccines in the world that are in phase II. It began to develop as early as January, according to Johnson & Johnson sources, “when we began to see what the coronavirus was, we saw the virulence it could generate and that our previous work with Ebola and HIV could serve.” They affirm that they hope that in just under a month they will be able to start in parallel with phase III, which broadens the sample of participants and no longer looks for people with certain characteristics but is much more random. One part will foreseeably be done in the United States but “it is not ruled out” that another part will also be in Spain. In phase III of experimentation, the last one before final approval, there are currently nine vaccines in the world.

In pre-pandemic times, the phases generally ran one after the other, without combining. But the health emergency has accelerated the terms of this vaccine and of all those in the world. Do those who care have motives? Alberto Borobia, director of the project in La Paz, defends that “everything that the usual regulatory authorities require will be fulfilled. Nothing that should not be authorized will be authorized, the standards remain the same even if it goes faster because they have joined forces to do so. ”

The preliminary results will be communicated to the AEMPS, which will be aware of everything that happens with the trial, although it is not likely that they will be made public because they are data that require an exhaustive analysis. “We must be optimistic and cautious. Above all, responsible, because this news generates great hope in many people. We are doing everything of ourselves to find a vaccine that helps us face COVID-19,” ditch Lamas.